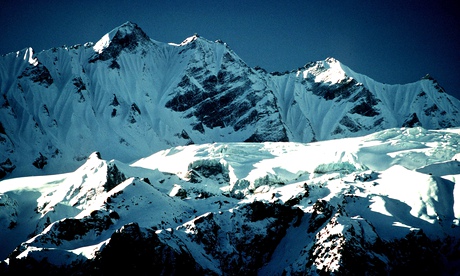 The bad news out of Nepal continues today, with more reports of avalanches claiming the lives of both trekkers and climbers there. The forecast has called for improving weather conditions across the region, but unstable snows are making some of the trekking routes dangerous, not to mention the upper slopes of many of the mountains. The unexpectedly bad weather has hit the country hard, and as a result, the death toll continues to rise.

Yesterday, I reported that 17 trekkers had perished in two separate avalanches near Annapurna and in the Manang district. Today, we get word that that number has climbed to 26 foreign visitors, and may be as high as 32, with more than 100 people still missing. The situation is very fluid at the moment, with dozens of trekkers stranded throughout the region. Some are believed to be suffering from frostbite and dehydration, as they wait for rescue, or for conditions to improve enough that they can proceed to a village where they can receive aid.

The incredibly bad weather is the result of cyclone Hudhud coming ashore in India, and creating unusual conditions in the Himalaya as a result. Heavy snow and and rains have fallen over Nepal for the past several days, creating conditions that don’t typically occur during the fall trekking and climbing season. Normally, autumn is the best time of the year to go hiking in Nepal, but this year it has become a dangerous nightmare for many travelers.

In addition to the numerous trekkers who have been killed, or stranded, we’ve also received word that an avalanche has claimed the lives of several climbers on Dhaulagiri as well. The 8167 meter (26,795 ft) peak is the 7th highest mountain in the world, and was the target of a team of Slovak climbers this fall. Two members of that team – Jan Matlák and Vladimir Švancár –  along with three Nepali guides, were killed in an avalanche that swept through Base Camp yesterday. The team had established Camp 1 and 2 on the mountain, and were waiting for the storm to pass before they attempted a summit push.  As you would expect, the expedition is now over, and the eight remaining members of the team have been evacuated back to Kathmandu.

Meanwhile, over on Makalu, the British Tri-Service team is gearing up for their summit push after waiting out the storm. Their forecast indicates good weather well into next week, and they now aim to take advantage of the open window. The squad launched their summit bid earlier today, with the hopes of reaching the summit possibly by this weekend. Of course, snow conditions will have a major impact on their progress, and they could still face a great deal of instability as they move up. Additionally, breaking trail through fresh snow on their long summit push up the Southeast Ridge could be brutally hard as well. Lets keep our fingers crossed that they are able to get up and down the mountain safely.

Similarly, the Madison Mountaineering team is also preparing for their summit push. They report 30 cm (11.8 inches) of new snow in BC, but also indicate overall conditions are good. They hope to begin the next phase of their climb in a day or two as well. They are climbing along the Northwest side of Makalu, where conditions could be very different from what the Brits will encounter.

Finally, the Korean team on Lhotse has updated their Facebook page to express their concerns and well wishes for those who have been caught in the bad weather and avalanches across the Himalaya these past few days. The team has been experiencing these poor conditions since they arrived on the mountain over a month ago. But, they are continuing to press ahead with the expedition, and will climb up to Camp 3 to begin stocking that site tomorrow. Lets wish them the best of luck as well. Avalanches have been prevalent on Lhotse this fall even before the big storm dumped more snow on the mountain.

This has been an incredibly bad year for Nepal, and this current round of tragedies are worse than anything the tourism industry has ever seen there. When an avalanche claims the lives of climbers on one of the big peaks, it is a sad story for sure. But climbers also assume a certain level of risk when they step foot on the mountain. For the trekkers, the routes are generally very safe, and they never face the kinds of conditions that would be life threatening – at least not on this scale. This story is a grim reminder of just how powerful mother nature can be, and the kind of damage she can inflict when we’re unprepared for the absolute worst.

There is no one to blame here. The trekkers have just been caught in poor circumstances. But that doesn’t lessen the tragedy one bit. My condolences go out to the friends and families of those who have lost their lives these past few days. Hopefully no more will suffer and die in the days ahead.