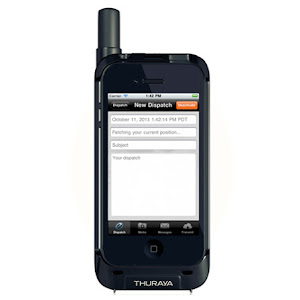 ExWeb has posted a fascinating interview with some true luminaries from the world of mountaineering. Recently, the group got together in discuss the most crucial gear that they carry with them when they head out on an expedition, with the some really interesting insights into the technology that allows them to function in the Himalaya and beyond. What they shared will no doubt be of interest to other climbers, but also those of us back home who follow their exploits.

As you can see, this panel was filled with people who truly know their business. The group featured top climbers, explorers, extreme outdoor athletes, and guides. Collectively, and individually, this group has a great deal of experience in the Himalaya, the Karakoram, and a host of other mountain ranges across the world.

As mentioned, much of the discussion on the panel was about the technology that these adventurers take with them when they head into the mountains. Now days, in addition to satellite phones and GPS devices, mountaineers also carry laptops, tablets, smartphones, and a variety of other gadgets on their expeditions. Some of the discussion involved the technology that Ogwyn had planned to use to broadcast his wingsuit jump from the summit of Everest on live television, as well as touching on the tragedy that occurred on the South Side of the mountain in Nepal this past spring. Saikaly was one of the cameramen on that expedition, and was on the mountain when the avalanche claimed the lives of the Sherpas shuttling gear up to Camp 1. That topic also broached the topic of the use of avalanche airbags on the mountains.

From there, the discussion moves on to satellite phones, and the strategies for their use, as well as the implementation of satellite trackers such as the DeLorme InReach. Some of the panelists talked about their experience with the new Thuraya Satsleeve as well, as well as the Iridium Go.

There is a lot of information here for those thinking about a big expedition of their own and looking for some advice. Each of these panel members has years of experience in the field, and they have all worked out good strategies for the use of this type of gear. If you’ve ever wondered how they operate while in the field, this will certainly provide some solid insights.

Stay tuned for Part 2 of this panel, when the same group will discuss their use of video on expeditions as well.