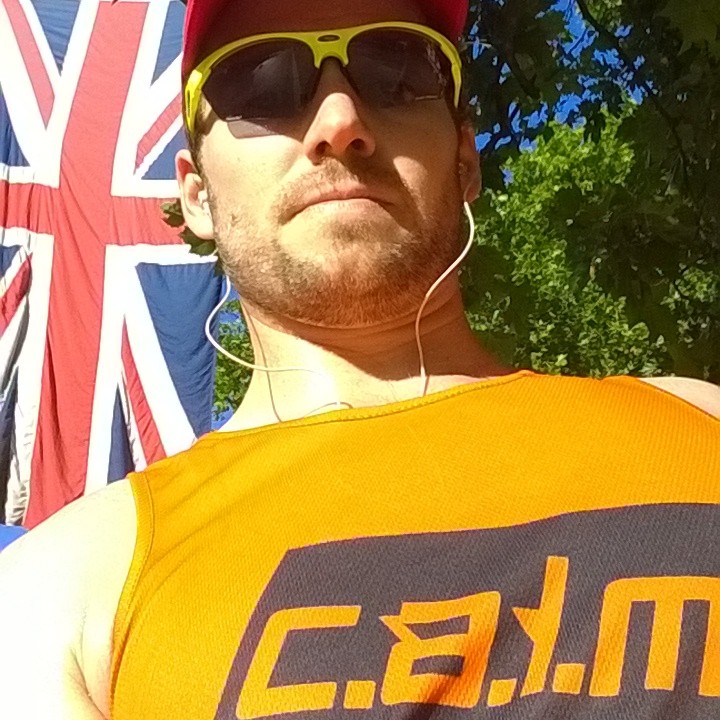 As a daily runner, I pride myself in slipping on my running shoes each and every day, and heading outside to put in a few miles no matter what the weather. But my running addiction is nothing compared to that of Jaime Ramsay, a British adventurer who is currently attempting to travel from Vancouver, Canada to Buenos Aires, Argentina on foot. That’s a distance of more than 18,000 km (11,185 miles), of which he has already completed 6500 km (4038 miles).

Jaime has broken this epic running journey down into three stages. The first stage began in Vancouver and consisted of him running down the Pacific Coast of the U.S. That section of the run covered a total distance of 2700 km (1677 miles) before ending in the Mexican town of Tijuana. He completed that stage last fall, and immediately moved onto the second, which is a more challenging and dangerous excursion across Mexico and Central America that will eventually end in Panama City. covering some 6400 km (3976 miles) in the process. As I write this, Jaime is in the midst of that second stage, having reached Guatemala a few days back.

The next stage of the expedition will be even more difficult and dangerous. After he reaches Panama, Jaime will face the extremely remote and wild region known as The Darien Gap. This 100 km (62 mile) stretch of his run will cross through dense rainforest populated by drug runners, guerrilla fighters, dangerous animals, and incredibly difficult terrain. How exactly he’ll navigate through this part of the world remains to be seen. Even he says he’ll have to determine the best route once he arrives. But needless to say, it will be one of the more trying parts of the entire expedition as he passes through a place that is amongst the most dangerous in the world.

After The Darien Gap he’ll pass into South America proper, where he’ll begin the final stage of his run. That will be a 7750 km (4815 mile) leg that begins in Cartagena, Colombia and ends at the finish line in Buenos Aires. Along the way he’ll have to cross the Andes Mountains, a challenge unlike any that he has faced so far.

When he’s all said and done, Jaime hopes to have completed the entire journey in about 600 days, running a total of 428 marathons as he passes through 14 countries. But as he says on his website, he isn’t doing this to set a record or become the “first” to accomplish something. Instead, he is making this run to prove that determined people can do anything that they set their mind to, and accomplish some impressive things while doing so. That’s the kind of spirit that we love here at The Adventure Blog, which is why I wanted to share Jaime’s story.

The intrepid runner is also using his journey to raise funds for several charities. Among them are WaterAid, an organization dedicated to helping developing nations get clean drinking water; We Are MacMillan, which provides support for cancer patients; and Campaign Against Living Miserably (CALM), which strives to prevent male suicide in the U.K.

You can follow along with Jaime’s progress on his website at JaimeisRunning.com, where you’ll also find links to how you can donate to his causes. You can also follow him on Twitter at @jamieisrunning too. https://twitter.com/jamieisrunning