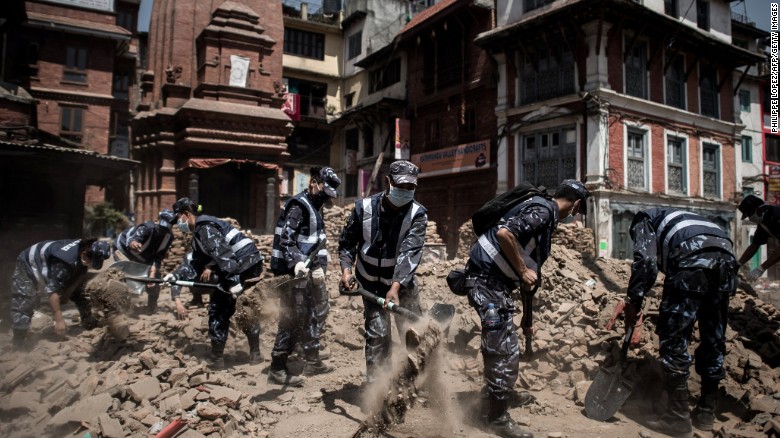 After all of the heartache and tragedy that has come out of Nepal over the past week and a half, yesterday we finally got a bit of good news. It seems that technology is being put to good use in the search for survivors, as it was announced that a new portable radar system has helped search and rescue squad locate four men who were trapped beneath the rubble by detecting their heartbeats.

Just days after the disaster hit Nepal, the village of Chautara received two prototype FINDER systems. FINDER, which stands for Finding Individuals for Disaster and Emergency Response, was created based on technology developed by NASA to search for life on other planets. The system uses microwaves to to look under the surface for signs of life, and is sensitive enough that it can detect individual heartbeats or even breathing.

The device is seeing it’s first real world action in Nepal, and was able to locate four survivors who have been buried under 10 feet of bricks, mud, and other debris since April 25, the day the earthquake took place. FINDER located the individuals in two different locations, with two men in both places.

It is difficult to look for positive news coming out of Nepal at the moment, but a story like this one sure helps. Hopefully the radar device can be used to locate more survivors as SAR teams race against time. After nearly two weeks, the chances of finding anyone alive under all of that rubble is running out, although we can still hold out hope that others may be located.

Meanwhile, in Kathmandu the process of inspecting building and declaring them safe or dangerous has begun. Apparently about 13,000 families have requested such inspections of their homes, which is making the process a difficult and time consuming one. According to one article, about 40% of the buildings inspected have been declared safe so far, which means that thousands of people will be without homes in the days ahead.

Sadly, the death toll continues to mount as well. The number of people killed in the disaster has now risen to more than 7600, with hundreds more still missing. Worse yet, the aftermath of the earthquake could create an environment that is rife for the spread of disease, including cholera. The fear is now that thousands more could die before the situation will begin to improve.

Lets keep the country of Nepal, and its wonderful people, in our thoughts as we move ahead. The road to recovery is certainly going to be a long and difficult one.