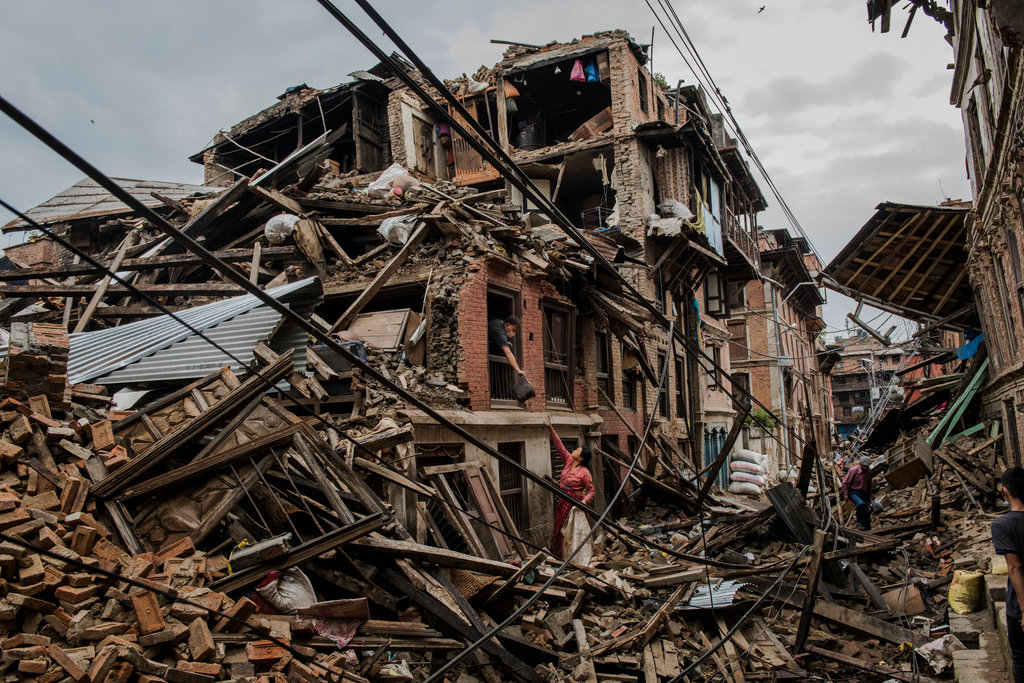 The news out of Nepal continues to be sobering today as the country struggles to recover from a second major earthquake that brought widespread damage once again yesterday. Meanwhile, a U.S. aid helicopter has gone missing as well, with eight people aboard. That news underscores the challenges and dangers of the recovery efforts, as well as the difficulties that relief workers face.

The helicopter was delivering emergency supplies to the Dolakha district on Tuesday when it disappeared. There were six U.S. Marines onboard, as well as two Nepali soldiers, at the time. Their condition is unknown as of this writing, but there is hope amongst search and rescue teams that at least some of the team is still alive.

It is believed that the helicopter sat down in a river in a remote part of Nepal. Considering the mountainous terrain that is prevalent throughout much of the country, just about everywhere is “remote” however. Hundreds of ground troops and other helicopters have joined the search, but the whereabouts of the downed aircraft and its crew remain unknown at this time. There is hope that they will be found alive and waiting for pick-up however.

The search efforts for the missing aircraft have temporarily pulled resources away from true mission which is delivering aid and support to the villages and towns that have been hit hard by the April 25 earthquake and the follow-up quake from yesterday. According to reports, yesterday’s 7.3 magnitude quake destroyed even more buildings – particularly those weakened from the original disaster – and claimed the lives of more than 65 people and injured another 2000.

While those numbers pale in comparison to quake from two weeks ago, they are only adding to the pain and suffering felt by the Nepali people. Worse yet, a spokesman for the U.S. Geological Survey says that the country could continue to feel aftershocks for six months to a year. That is bad news for those living in Nepal, as panic often ensues when those aftershocks are felt at the moment. Continuing to live on edge for months to come would have an even more devastating effect on their mindset.

With thousands of people displaced from their homes, hundreds still missing, and on going challenges to distributing relief aid, Nepal is facing a long uphill battle toward recovery. At the moment, no one is thinking about mountaineering expeditions or trekking routes as the focus is clearly on rescues and rebuilding. It will be years before the country returns to any state of normalcy, and rebuilding efforts could take even longer. Fortunately, there seems to be a vested interest by a number of parties to see Nepal get rebuilt. While the task ahead is a herculean one for sure, there will be opportunities for the country to come out of this stronger than ever before.