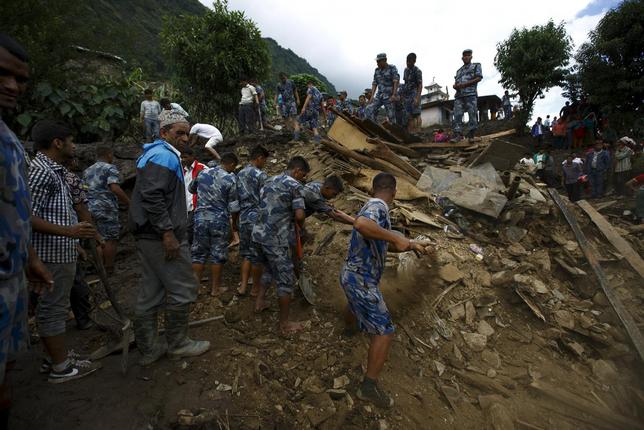 The monsoon season has brought yet another tragedy to the beleaguered people of Nepal. Yesterday, heavy rains caused massive mudslides near Pokhara, which caused damage to numerous villages and claimed the lives of at least 30 people.

Sadly enough, the mudslides mainly occurred in the Annapurna region of the country, where the popular Annapurna Circuit was just reopened for visitors. Fortunately, the summer monsoon season is not a popular one for foreign visitors, and few travelers are on the trail at this time. Still, the last thing Nepal needed at the moment was the loss of more life due to a natural disaster.
It has been a very difficult year and a half in the Himalayan country. In 2014, the climbing season on Everest was halted after an avalanche claimed the lives of 16 workers on the mountain, which at the time was the single deadliest day in the mountain’s history. Then, last fall, a freak blizzard descended on the mountains, killing more than 40 trekkers and stranding hundreds of others. That was followed up by the deadly April 25 earthquake – and its aftershocks – that took place this past spring, killing nearly 9000 people in the process. That disaster triggered another avalanche at Everest Base Camp which killed an additional 19 people there. These tragic mudslides are now just extending the misery even further.
According to the article linked to above, search and rescue teams are combing through the mud today in search of survivors and bodies. But their work is being hampered by the fact that they don’t have any power tools to help speed things along. Instead they are forced to use shovels and even dinner bowls in their efforts. For a country that is already stretch thin in terms of resources, this type of challenge was the last thing it needed.
One has to wonder at what point the Nepali people have suffered enough. It has been a trying 15 months or so, and it doesn’t seem like things are going to get better anytime soon. There is still a lot of damage that needs to be repaired from the earthquake, which will take years to completely overcome. Hopefully the embattled nation will catch a break at some point, and can start to get on with the process of getting back to normal life.