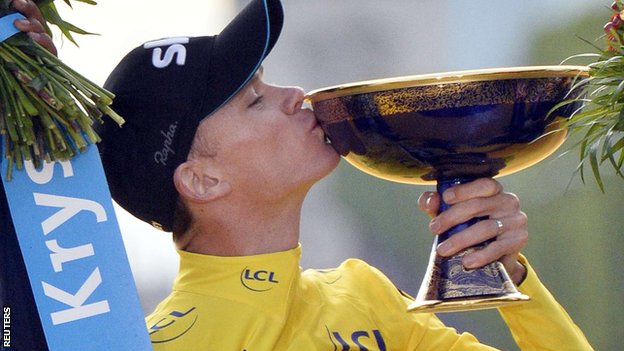 The 2015 Tour de France came to an end yesterday on the streets of Paris, where the peloton arrived after three weeks of racing, covering more than 3000 km in the process. During that time, there were a lot of ups and downs for the riders, with plenty of high drama and incredible feats of strength and endurance. At times, it seemed that this was a race that was going to go exactly by the numbers, with little in the way of excitement. But the final days in the Alps proved that to be completely wrong, and gave us a new contender for future editions of Le Tour.

Heading into the weekend, Chris Froome continued to hold on to the Yellow Jersey worn by the race leader, and for the most part it seemed like he’d ride into Paris with little resistance. The Tour had moved into the Alps, and once again the British rider was showing his strength in the mountains. But on the final two days, two riders rose up to challenge the Froome, and in turn showed that he was a bit more vulnerable than we suspected.

On Friday of last week, 2014 winner Vincenzo Nibali went on the attack and showed that his legs still had plenty of strength in them. He ended up winning the stage and gaining back precious time on his rivals, although it didn’t help to get him on to the podium in Paris. Still, it gave fans an idea of where Froome stood, and showed that he could be dropped on a major climb by a determined rider. That was something that Nairo Quintana took to heart on Saturday, attacking on Alp d’Huez – the most storied mountain stage in the sport. Quintana wasn’t able to overcome the 2+ minute difference between him and Froome, but he did make it interesting, while managing to put the Sky rider in a world of hurt on the final climb.

In the end however, Froome proved once again to be too much for the peloton, and on Sunday’s ceremonial ride into Paris, he claimed his second win in the Tour in three years. It was a strong performance once again by the Brit, although it also showed that he wasn’t unassailable. The young man has quite a career ahead of him on the Tour, but his rivals will be emboldened by the fact that he showed vulnerability in the final days, proving that some will be able to ride with him given the chance.

For his part, Quintana showed that he has a bright future ahead of him as well. At the age of 24, he rode away with the White Jersey for the Tour’s best young rider, finishing second overall. Probably most importantly, the Colombian rider seemed to gain confidence as well, and I would expect him to give no quarter next year when he and Froome meet again.

Peter Sagan managed to claim the Green Jersey that is awarded to the race’s best sprinter, despite the fact that he didn’t win a single stage for the second year in a row. This is the fourth consecutive year that Sagan has won this competition, although I suspect he’d like to get a few stage wins too. The big German sprinter Andre Greipel was clearly the fastest man in the peloton this year, but Sagan was easily the most consistent over the three weeks of racing.

In another display of just how good Chris Froome is as a rider, he also managed to win the Polka Dot Jersey given to the winner of King of the Mountains competition. That means he was the best climber in the race this year in addition to leading the General Classification for most of the past three weeks as well. No rider has managed to claim both the Yellow and Polka Dot Jerseys in the same year since the great Eddy Merckx did it back in 1970. So while Froome may have shown some signs of vulnerability, he still managed to put on a show for the ages.

The Tour is always one of my favorite events each year, and I’m always sad to see it end. Unfortunately for me, my schedule this year didn’t allow me to see as much of it as I would have liked, nor cover it as completely as I typically do. Still, it was fun to watch where I could, and catch up with race reports on the days that I could not view the stage in its entirety, if at all. Now, on the Monday after the final stage of the 2015 Tour, I am already going through withdrawal and starting the countdown to 2016. The make-up of that race will be very different, and it will be a fascinating one to watch for sure.