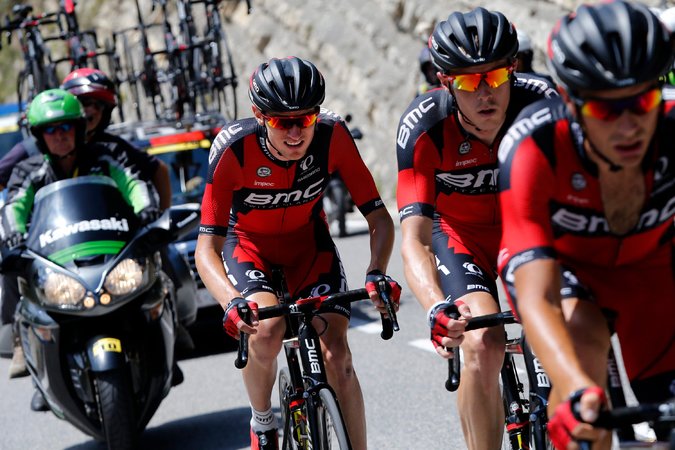 With the second rest day now behind us, and the Alps taking center stage, the Tour de France continues to race towards the finish line in Paris. And while it is beginning to look like a win by Chris Froome is once again a forgone conclusion, nothing is settled until the peloton rides down the Champs-Elysées on Sunday. And if you don’t believe that, ask Tejay Van Garderen.

Yesterday, the American rider was sitting in third place in the General Classification at the start of Stage 17. But a short time after the start of the day’s activities, he was forced to abandon the Tour altogether, citing illness. It was clear early on that Tejay wasn’t up to the task of chasing Froome, or the other Tour front runners. He tried valiantly to stay with the leaders, but lost power on the first climb, and quickly exited, driving away in a team car in tears.
The young American wasn’t the only one to see their chances of glory slip away. Alberto Contador was part of a crash on trick descent near the end of the race, and ended up ceding two additional minutes to Froome. That puts him out of striking distance, barring some unforeseen miracle of course.
But the stage also brought the Alps at long last, which could have been the undoing for the race leader. Instead, he looked as strong and poised as ever, as he calmly fended off all challengers. Heading into todays stage, he still holds the Yellow Jersey, with a 3 minute and 10 second advantage over Nairo Quintana and a 4+ minute lead on third place rider Alejandro Valverde. For Froome to lose the race now would require an epic collapse on his part, and at this point he doesn’t seem to be showing any signs of weakness.
Froome also continues to own the Polka Dot Jersey in the King of the Mountains competition. If he continues to gain points on major climbs, he could end up not only winning the race overall, but heading home with a second jersey as well. That hasn’t been done by another rider in quite some time.
Over the past couple of days, Peter Sagan has consolidated his hold on the Green Jersey that goes to the race’s top sprinter. He now holds a commanding lead over Andre Greipel, and seems assured of his fourth straight win in this category.
Finally, Quintana is still riding in the White Jersey of the best young rider. He now has an almost 10 minute lead over the next closest rider, and isn’t likely to surrender his lead heading into Paris.
Of course, the Alps have been known to throw a few kinks into the race in the past, and until the peloton has passed safely through the mountains, just about anything can happen. The race will ultimately be decided on Saturday, when the riders take on the legendary Alp d’Huez. A mountaintop finish on Le Tour’s most historic climb will prove once and for all if Chris Froome is indeed the champion that we all think that he is.