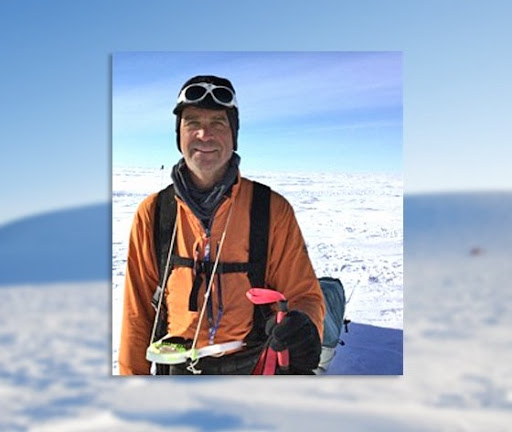 After a slow start to the 2015-2016 Antarctic season, things are beginning to pick up steam now. Improved weather has allowed Union Glacier station to become full operational, with more flights now scheduled to the camp to begin delivering explorers and adventurers to the ice. Soon, there will be a number of teams skiing to the South Pole, with a busy season ahead.

First out of the starting gate is Henry Worsley, who has now been on the trail for three days, and is already making good time. His starting point at Berkener Island has been left behind as he cranks up the milage despite warm temperatures making the surface soft and slushy. That isn’t great for skiing, but Henry will enjoy the warmer weather while he can. As you probably recall, Worsley is attempting to traverse the continent solo and unassisted. His journey will take him to the South Pole and than out to the Shackleton Glacier near the Ross Ice Shelf. It is expected to take him about 80 days to wrap up the entire journey, which will cover more than 1770 km (1100 miles).

Just a few days into the expedition and he has already hit his first milestone. Today, Henry skied past the 81st degree, which means just nine more degrees to go before reaching the Pole. Not all of those will come so quickly though, and it’ll probably be awhile before he reaches the 82nd degree. Still, he’ll take the progress and is enjoying a small celebration at being out on the ice at last, and making his way south.

Meanwhile, Italian polar explorer Michele Pontrandolfo is preparing to embark on his Antarctic expedition for this season. ExWeb says that he’ll attempt to kite-ski across the frozen continent, starting at Novolazarevskaya Station, and then proceeding to the South Pole of Inaccessibility, before going on to the Geographic South Pole, and eventually ending at Hercules Inlet. The route will cover approximately 3620 km (2250 miles) which he’ll do solo, but wind assisted of course.

Michele has been in Cape Town for several days now and is waiting a flight out to Novolazarevskaya. Poor weather has kept the aircraft grounded however, so it is unclear when he’ll actually get to start. The hope is that he will be able to travel to Antarctica sometime this week.

Yesterday, the Shackleton 2015 team arrived in Punta Arenas, where they are now organizing their gear in preparation for the expedition ahead. As the name of the team implies, they’ll be following in Shackleton’s footsteps in the Antarctic by traveling for more than 2100 km (1300 miles) as they ski from Weddell Coast to the South Pole, and back. The trip is expected to take about 60 days to complete. There is no indication of when they’ll fly to Union Glacier, but if the weather holds it could be within a few days.

Finally, Mustafa Salameh, the first Jordanian explorer to summit Everest, is also preparing to ski to the South Pole. He is putting the final touches on his preparation now, and departed Amman yesterday to embark on this journey. As with the other teams, there is no word yet on when he’ll fly to Antarctica, as he’ll need time to pack and organize his gear, and catch a flight when the weather permits. But we’ll be keeping a close eye on his progress throughout the season ahead.

As you can see, things are starting to crank up now. It won’t be long until the season is well underway with numerous teams speeding towards the South Pole. Expect much more news to follow in the days ahead.