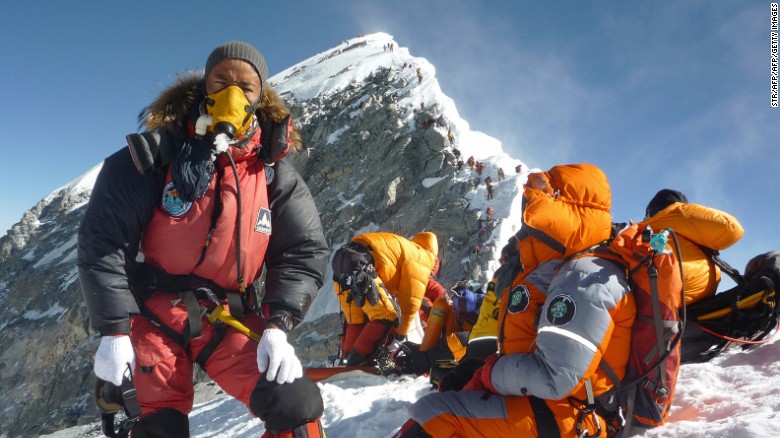 Researchers from the University Hospital Southampton in England have determined exactly why Sherpas make such great mountaineers, and as you would expect their his a biological reason behind their impressive performance in the mountains. Back in 2013, a group of scientists calling themselves Xtreme Everest, traveled to the Himalaya to explore what makes the Sherpas different, and their findings were revealed last month at medical conference in London.

The research team discovered that the mitochondria inside a Sherpa’s body are far more efficient at processing oxygen than they are in the rest of us. These tiny organelles are found in our cells, and help to generate energy that keeps us moving, burning oxygen in the process. For Sherpas, the mitochondria have evolved to work much more effectively, helping them remain strong at high altitudes.

Additionally, the Xtreme Everest team’s research revealed that the Himalayan people had much more efficient blood circulation as well, which helped to carry oxygen throughout their bodies. For most of us, blood flow tends to slow down when we reach high altitude, but in remains relatively unchanged in the Sherpas.

The ultimate goal of the research program is to help mountaineers to survive altitude sickness, and perhaps even learn to be more efficient at higher elevations as well. By studying the physiology of the Sherpas, doctors are seeing how their bodies work differently from those who visit the Himalaya from other parts of the world. What they found is that the efficiency of their bodies goes well beyond simple acclimation. Having lived in the High Himalaya for centuries, they have actually evolved and adapted to that environment, making them better suited for working and living at such high altitudes.

For those of us who have interacted with the Sherpa people, these findings probably don’t come as much of a surprise. Seeing these incredibly strong men and women in action is a sight to behold, and incredibly humbling at times. Anyone who has been to the mountains in Nepal has probably found themselves huffing and puffing while going up the side of a mountain. Meanwhile, a Sherpa will whisk past you carrying a load that is three times heavier than the one you have on your back, while wearing flip-flops. That is not an uncommon scene on the trekking routes their, and certainly helps to provide an appreciation of what the Sherpa people are capable of.

The Xtreme Everest study has identified what helps to set the Sherpas apart, but the research isn’t quite done yet. Next they’ll look at their genetics to see if there are differences on an even more granular level. No matter what they find however, it is obvious that the Sherpa people are the true heroes of the mountaineering world.