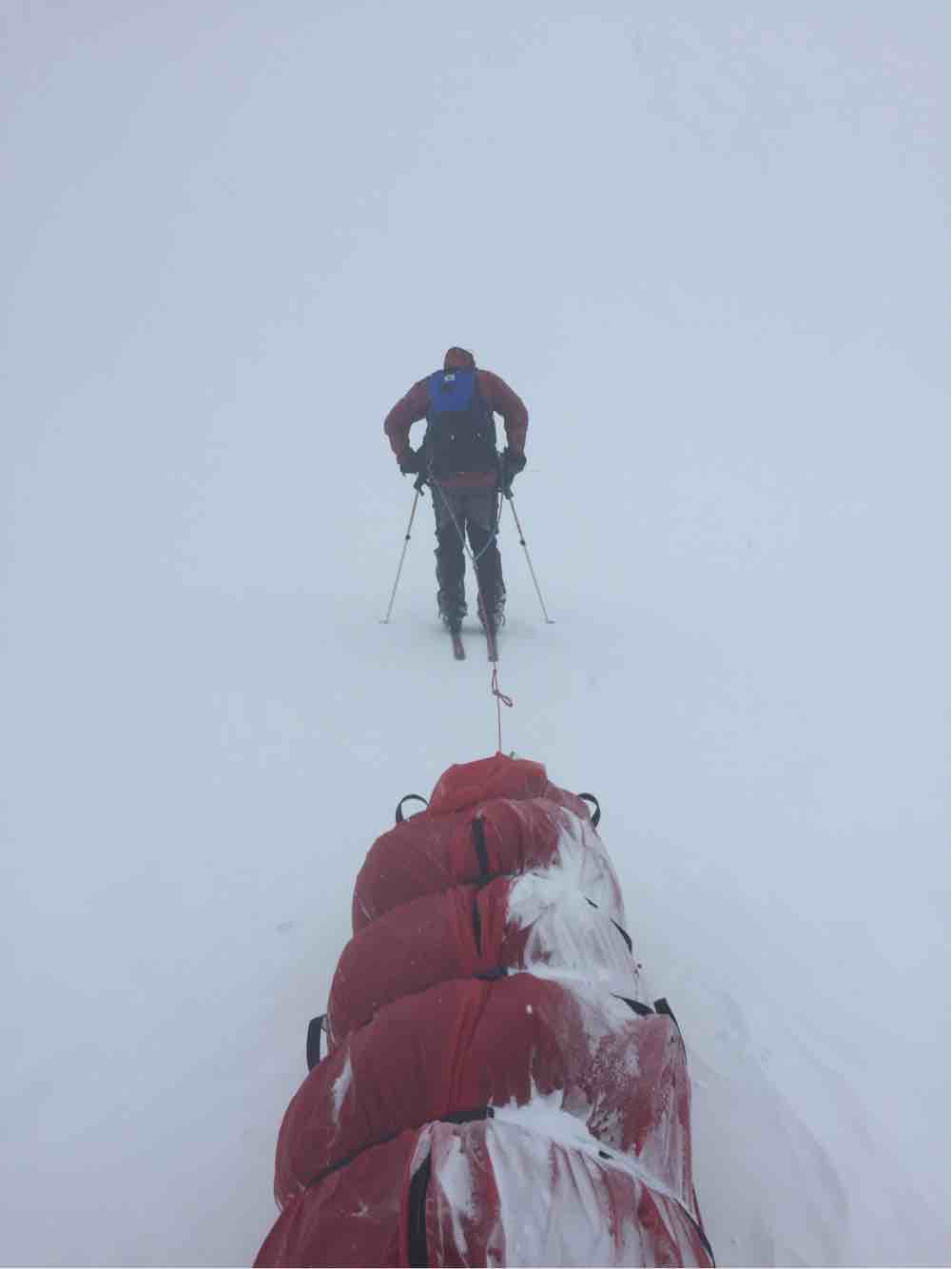 While I was off romping around the Caribbean last week, more explorers and adventurers hit the ice in the Antarctic and have now begun their journeys towards the South Pole. But as usual, the frozen continent is not making it easy on anyone as surface and weather conditions test their patience and resolve.

Henry Worsley has started to pick up the pace some, in part because the snow beneath his skis has become more firm, allowing him to glide along a bit more efficiently. The British polar explorer also seems to be finding his rhythm after more than three weeks on the ice, which is helping as well. A few days back he crossed the 84th parallel, which means he is now nearing the halfway point to the Pole. But considering the fact that he aims to traverse the continent, he is actually only about a quarter of the way done. As of now, he has skied about 240 nautical miles (444 km/276 miles), with the last couple of days being completed in whiteout conditions. That type of weather can truly test the spirit, but Henry continues to press ahead as best he can.

Worsley isn’t the only one dealing with whiteouts at the moment. The three-person team consisting of guide Carl Alvy and his clients Khai Nguyen and Emma Kelty also have been skiing through the soup the past couple of days. After being delayed at Union Glacier due to weather, the trio finally hit the ice this past Saturday, and have been making solid progress at the start. But the weather conditions do test their mood as they press on towards the South Pole.

Italian kite-skier Michele Pontrandolfo continues to struggle due to a lack of wind. Progress has been incredibly slow mostly because he can’t break out the kite to help haul him and his heavy sleds across the Antarctic expanse. He is hoping to traverse the continent as well, but unless he finds some wind soon, he may run out of time before he can accomplish that goal. That said, if he does get some strong winds, he can also make up a tremendous amount of time, so don’t count him out just yet.

American adventurer Doug Tumminello is now two days out from Hercules Inlet on his solo and unsupported journey to the Pole, and is already reporting tough conditions. He says that high winds and sastrugi – hard ridges on the ice – are making it tough to get going. Throw in the long, uphill slog that starts at Hercules, and his first few days have been challenging to say the least. But, as with most Antarctic skiers, he’ll find his ski-legs within a few days, and will be steaming along before we know it.

Similarly, Scottish solo-skier Luke Robertson got underway this past weekend as well, and has already spent the better part of three days on his route to the South Pole as well. He reports whiteout conditions as well, making it tough to see the horizon and navigate. He’s climbed up to 800 meters (2624 ft), but still has a ways to go before he reaches the polar plateau, but so far everything seems to be going well, and he remains in great spirits.

Meanwhile, over on Mt. Vinson we’ve seen our first summits of the season as well. Reportedly 12 climbers – including three guides – topped out over the weekend, setting the stage for others to follow in the days ahead. They were followed yesterday by the Madison Mountaineering squad, who also placed five climbers on the 4892 meter (16,049 ft) summit. High winds are keeping those climbers at High Camp however, where they are reportedly resting comfortably. They’ll descend as soon as conditions improve, and start the process of heading home.

The climbing season on Vinson should continue for a few more weeks, typically culminating right around the start of the new year. We can expect a number of other teams to summit in the days ahead, as numerous people look to bag another one of the Seven Summits.

That’s all for now. More updates to come soon.