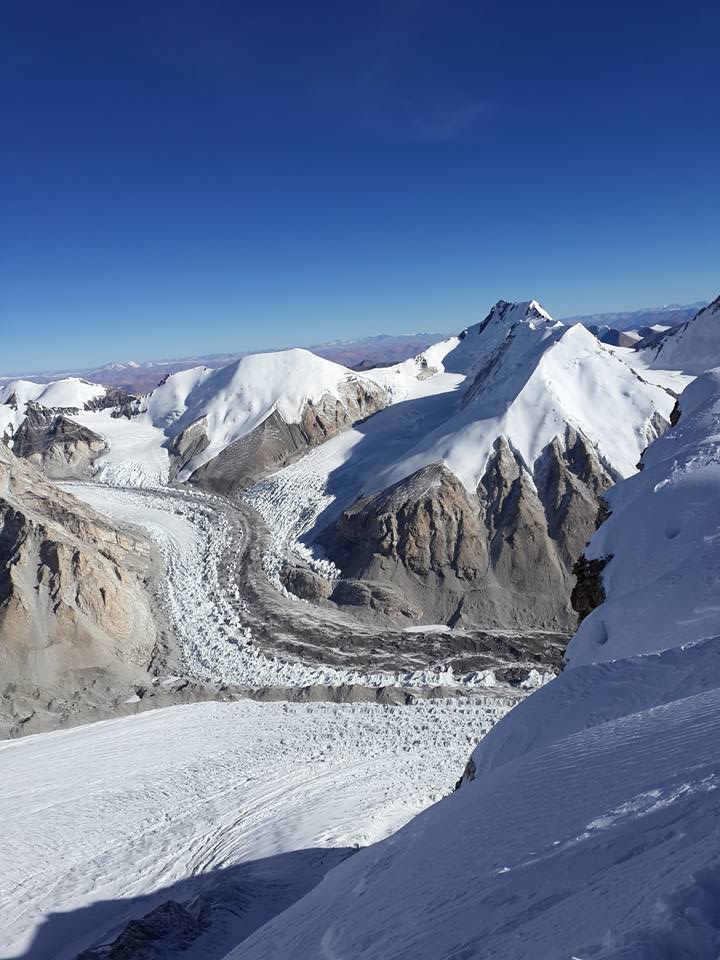 If you followed my updates of the fall climbing season in the Himalaya, you probably saw me mention an expedition to the Nepali peak Burke-Khang on more than one occasion. The 6942 meter (22,775 ft) peak is one of more than a hundred mountains that Nepal opened to climbers for the first time back in 2014, providing mountaineers with the opportunity to post first ascents on some peaks that even now remain mostly uncharted. And since the mountain is named for American climber Bill Burke, who better than the man himself to help spearhead the first expedition to have a go at the summit?

Our friend Alan Arnette has posted an excellent expedition recap of the climb, starting with how Burke and Garrett Madison of Madison Mountaineering began scouting Burke-Khang last spring to look for potential routes to the top. Bill had received an assessment of the mountain from some of his Sherpa friends who had deemed in “unclimbable” but after flying over in a helicopter, taking hundreds of photos, and surveying the area fort themselves, Burke and Madison thought that they had spotted a safe way to approach the summit.

This fall, they returned to the remote region of Nepal to attempt the climb, spending several weeks fixing the route and exploring the best way to ascend. Eventually they made a summit push, and came up about 30 meters (100 feet) shy of the top. Apparently, they could have easily finished the route, but the snow cornice on top of the mountain was deemed unstable, so they elected to safely descend first. Burke hasn’t ruled out returning to the mountain however, as it is clear he’d like to personally be the one to get the first ascent.

Reading Alan’s piece is not only a good recap of everything that happened this fall, but it offers nice insights into how an expedition conducts its research and scouting prior to the launch of their mission. It also provides solid background on what happens during a climb, and what it is like to be live on a mountain while working towards your objectives. It is definitely a good read for anyone who not only follows mountaineering, but is interested in the logistics of the climb too.

Check it out in its entirety here.