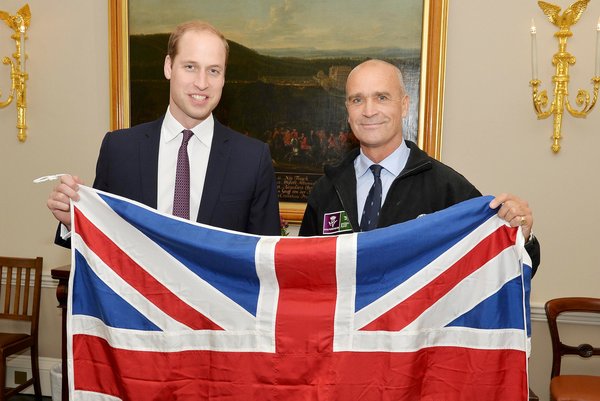 As you can imagine, the community of polar explorers that have visited the North and South Pole is an extremely small, and close knit one. Most of the men and women who have traveled extensively in the Arctic or Antarctic know each other to some degree, and they are shocked and saddened by the loss of Henry Worsley over the past weekend.

Some of them have issued statements expressing their grief over the situation. For instance, yesterday the team at Antarctic Logistics & Expeditions issued a statement that shared more information. That statement reads as follows:

It is with great sadness that we report that polar expeditioner Henry Worsley died at a hospital in Punta Arenas, Chile yesterday after complications caused by bacterial peritonitis. Henry returned from Antarctica on January 23 after nearly completing his Shackleton Solo Expedition.

Henry began his expedition in November 2015 in support of The Endeavour Fund, an
organization that supports wounded soldiers in the UK. He was attempting the first unsupported and unassisted solo crossing of the Antarctic landmass, a journey from Berkner Island to the Ross Ice Shelf via the South Pole. The route was expected to take him 75-80 days and at the time of pickup, he had been in the field for 71 days and travelled over 900 statute miles.

Early on January 23, he boarded ALE’s Ilyushin-76 intercontinental aircraft and received
treatment from an ALE doctor for the duration of the flight to Punta Arenas, Chile. Upon landing, Henry was transported by ambulance to hospital, where he was diagnosed with peritonitis and admitted for surgery. He was subsequently transferred to the hospital’s intensive care unit where he passed away on January 24. ALE remained in close contact with the hospital throughout and continues to work closely with the family.

Henry was an experienced polar expeditioner and recently ended a 36-year career in the British Army. He had a strong passion for the pursuits of the early Antarctic explorers including Shackleton, Scott, and Amundsen and had completed two previous Antarctic expeditions, one in 2009 celebrating Shackleton’s Nimrod expedition and one in 2012 that recreated the Amundsen route to the South Pole.

Meanwhile, the Race Against Time team, who are preparing to set out for the North Pole from the Russian side of the ice in a few weeks knew Henry well. In fact, he was serving as one of the patrons for their journey. They said:

Both Mark Langridge and Paul Vicary have both served alongside Henry and were part of the six man team that successfully reached the South Pole in 2012 following Robert F. Scott’s route as part of the 100 year anniversary of this iconic explorer.

“This is terrible news and we are all devastated. We have had many friends especially in the military that die at a young age or doing their job. Henry was doing something that he loved. He was a respected, admired, inspirational leader and the world has lost a great explorer. We have lost a dear friend. Our hearts and prayers are with Joanna and Henry’s family at this time.”

Devon McDiarmid and Stew Edge, who just wrapped up their Antarctic expedition earlier today, called Henry’s death a “tragic end to Shackleton Solo expedition,” while Britain’s Prince William – who himself was a Patron of Henry’s expedition – said “Harry and I are very sad to hear of the loss of Henry Worsley. He was a man who showed great courage and determination and we are incredibly proud to be associated with him. We have lost a friend, but he will remain a source of inspiration to us all, especially those who will benefit from his support to the Endeavour Fund. We will now make sure that his family receive the support they need at this terribly difficult time.”

Alexandra Shackleton – the granddaughter of Earnest Shackleton – told the BBC News “Henry will be a huge loss to the adventuring world. The fact that he very nearly made it, only 30 miles short of his goal, makes it in some ways even worse.”
This is just a camping of the outpouring of emotion that surrounds Henry’s death. He was a strong spirit and a major inspiration for many, and he will certainly be missed.