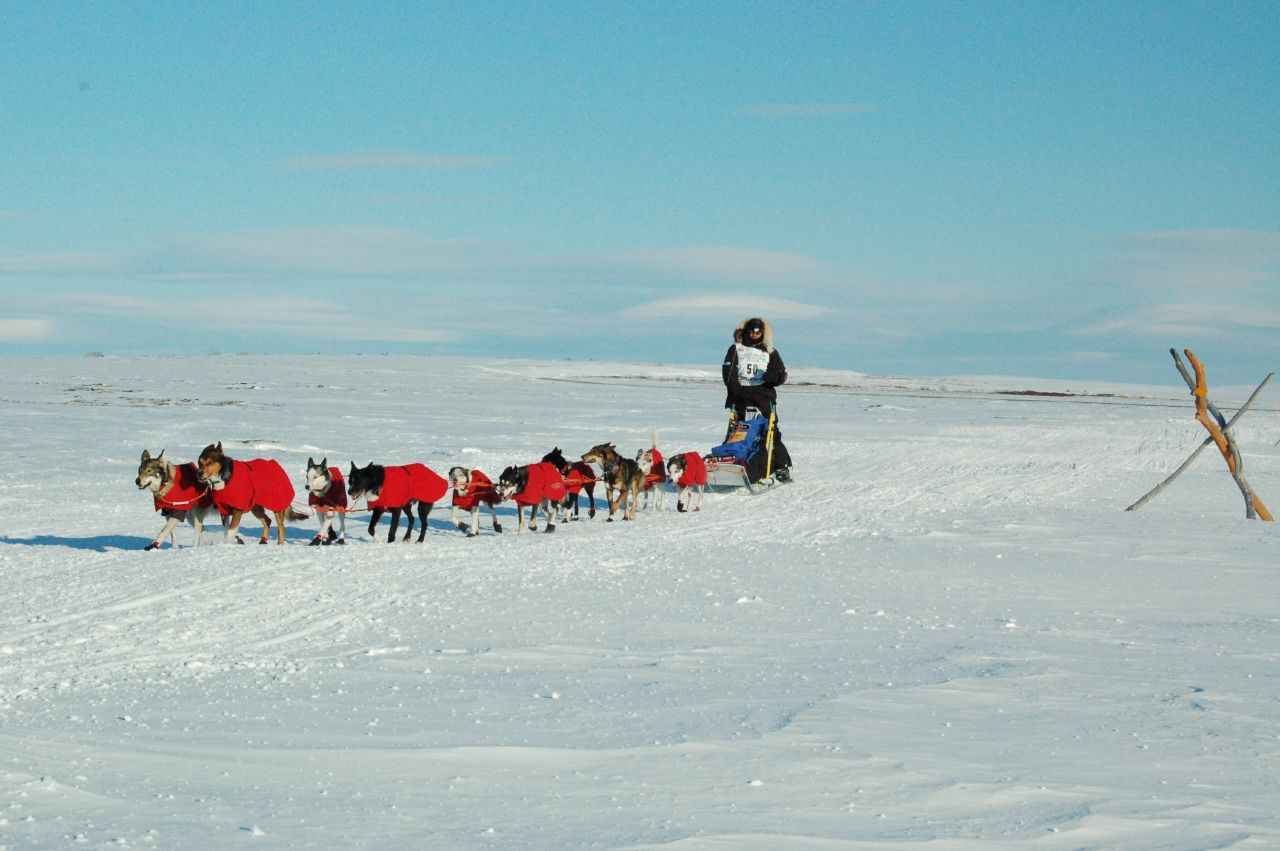 The 2016 Iditarod got underway this past weekend in Alaska, where 85 mushers and their dogsled teams have now set out on a 1000 mile (1600 km) race that began in Anchorage, and should wrap up sometime next week in Nome.

As with last year’s race, the trail conditions are being watched very closely. The classic Iditarod Trail hasn’t seen a lot of snow this year, and in order to hold the ceremonial start in Anchorage on Saturday, trains had to deliver snow, which was then deposited on the streets. Out in the wild, there is a bit more snow to help drive the sleds along, but much of the route will be run on frozen rivers. This year, as they do in all even-numbered years, the teams will be taking the more northerly route to help keep the trail as well protected and preserved as possible.

As of now, the lead mushers are into the checkpoint at Finger Lake, which is located 123 miles (197 km) into the competition. As of this writing, Nicolas Petit leads the pack, with Hugh Neff and Rick Casillo in second and third respectively. At this point however, the real race favorites are lurking further back in the pack, biding their time. For instance, Iditarod legend Lance Mackey is currently running in 7th place, with Mitch Seavey in 16th and son Dallas in 22. Perennial runner-up, Aliy Zirkle is lurking in 27th, while Jeff King is all the way down the leaderboard in the 64th position.

Over the next week or so, I’ll be watching the race as it unfolds and posting regular updates on the progress. At this stage, most of the racers are still jockeying for position, and many of these early leaders will fade away in the days ahead. Meanwhile, the eventual winner is probably in the middle of the pack at the moment, and will break out in the latter stages of the event.

Stay tuned for more news as the race unfolds. And to get a sense of the experience of the race, checkout the Google Street View website for the Iditarod as well. It has some fun and very interesting images that fans of the event will love.