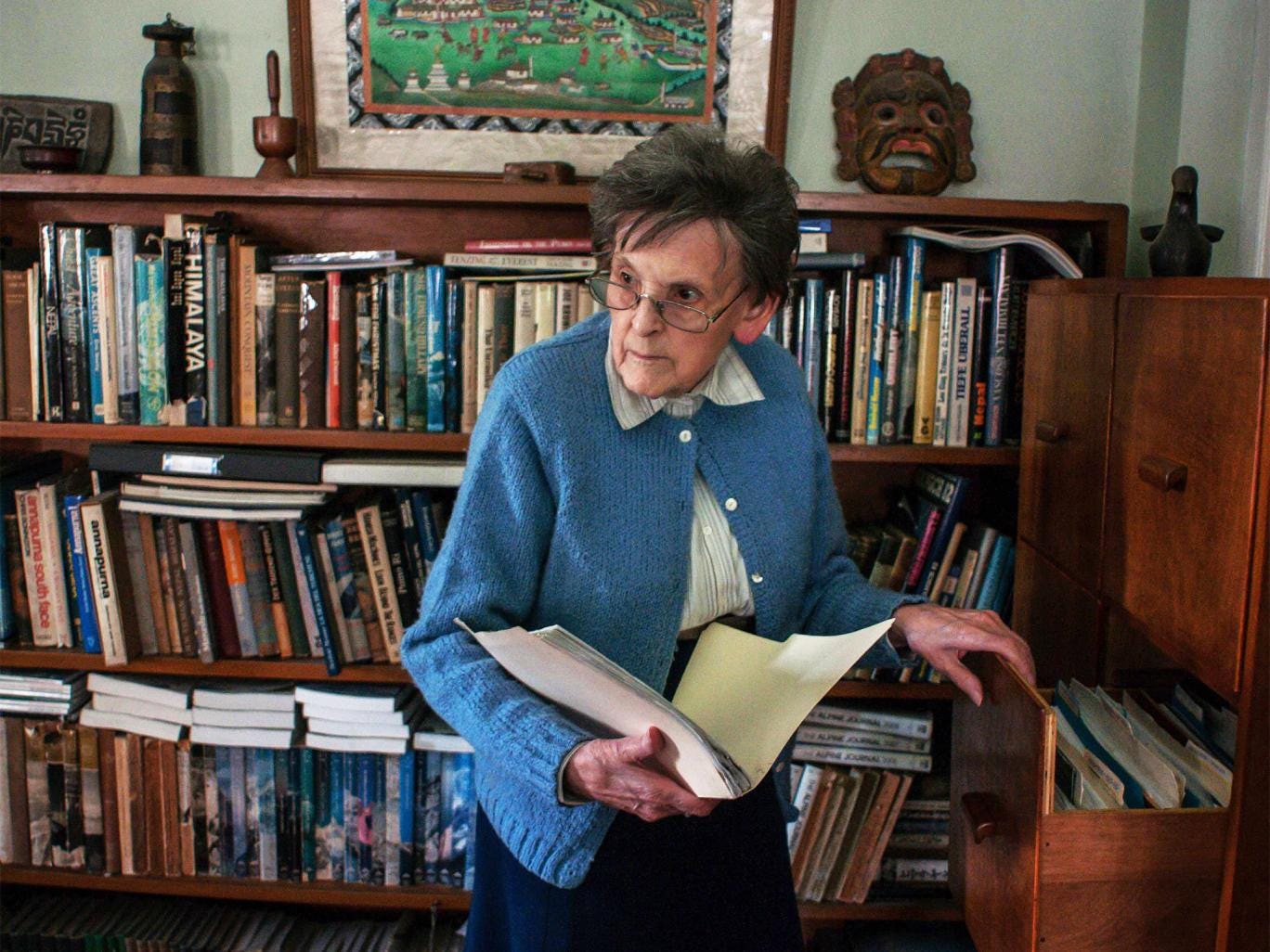 More news out of Nepal today, where it was announced that the government there has named a mountain after Ms. Elizabeth Hawley, the woman who has chronicled the climbing scene in the Himalaya for more than 50 years.

The 6182 meter (20,282 ft) mountain was recently opened to foreign climbers for the first time, and when that move was announced, a new name was associated with the formerly unnamed peak. Moving forward, it will now be known as Peak Hawley.

In response to this honor, Ms. Elizabeth reportedly said “I think it’s a joke. They should not name mountains after people.”

Hawley first arrived in Nepal back in 1959. She had been traveling across Europe and Asia, writing about her experiences for Time magazine, and exploring unique regions of the world. She became enchanted with the Nepalese culture, history, and people, and decided to stay. She’s been there ever since.

Over the years, Ms. Hawley created the Himalayan Database, a comprehensive record of summits not just on Everest, but other mountains throughout the region as well. In the process, she has become the definitive expert on mountaineering in Nepal. For many who follow the climbing scene there closely, a summit isn’t official until Ms. Elizabeth says so. She has sussed out fraud and false summit claims in the past, and she has confirmed climbs that may otherwise have been in doubt. She is pillar of the mountaineering community, even though she has never climbed a mountain herself.

At the age of 90, Ms. Hawley isn’t slowing down much. She still meets with almost every climber that passes through Kathmandu, both at the start and end of an expedition, to confirm their plans and possible summits. And while she may not think it is right to name a mountain after a person, I can’t think of too many others who deserve that honor.