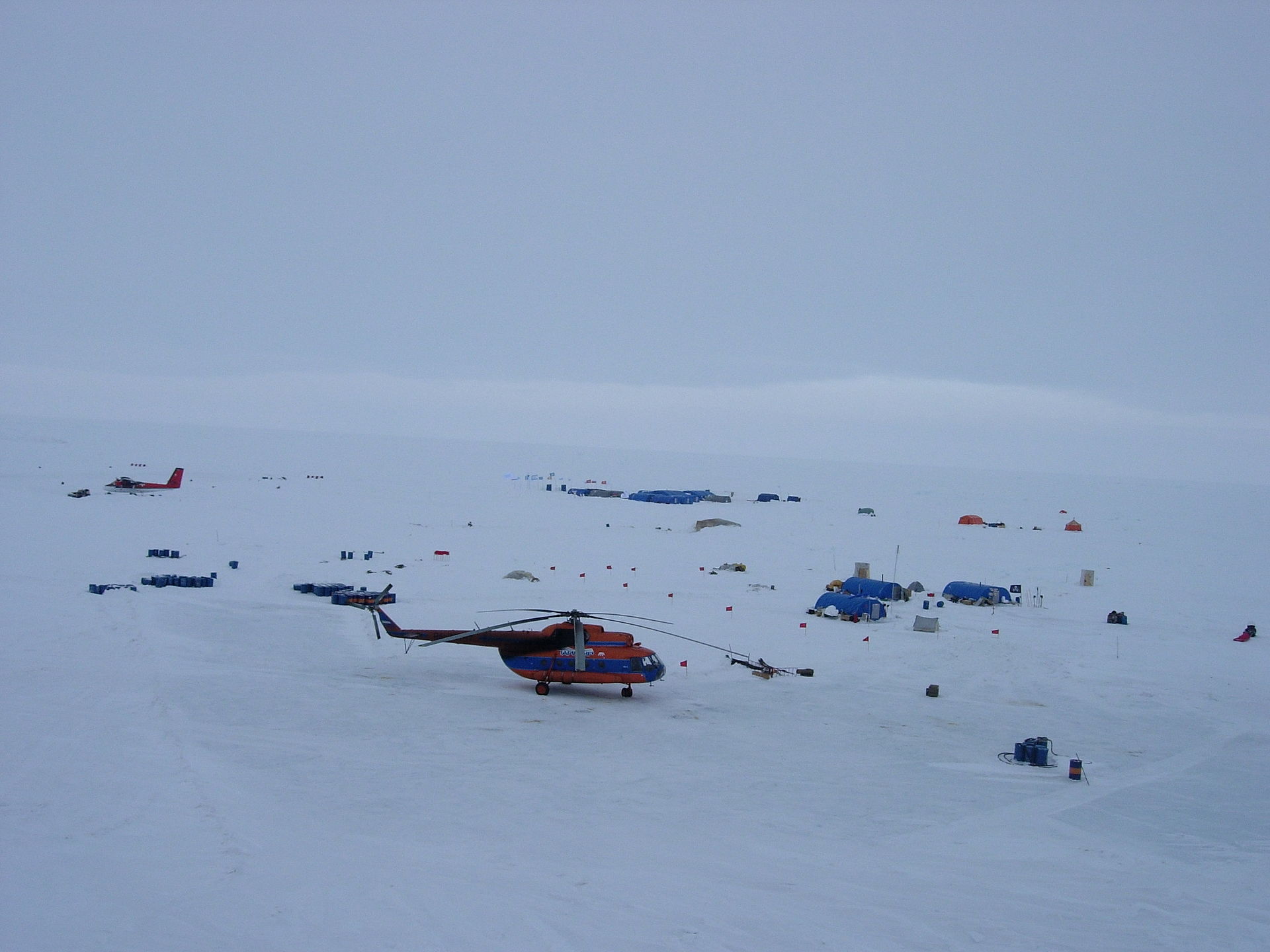 One of the more fascinating base camps in the world of exploration and adventure is the Barneo Ice Camp, which is built every year close to 89ºN on the Russian side of the ice in the Arctic Ocean. Barneo is open for just a few weeks each year, but facilities travel to and from the North Pole, while also serving as a launching point for researchers, explorers, and adventure travelers.

Yesterday, while writing about the Race Against Time team I mentioned that I hadn’t seen any updates on the progress at Barneo yet this season. That has changed however, as ExWeb has posted a story with some details on how things are going so far. It seems that the first long range Russian helicopters began their journey to the Arctic last Friday, March 18. They’ll shuttle the first tools, equipment, and personnel to a suitable ice flow located in the Arctic Ocean. They’ll join an advance team of engineers that are already out on the ice preparing for the arrival of visitors. That group of individuals start the process of building Barneo by first parachuting onto the ice flow.

According to ExWeb, the team that manages the ice camp now believe that they’ll begin receiving the first commercial flights on April 4, weather permitting. For the most part, those flights depart out of Svalbard in Longyearbyen, Norway, and will bring last degree skiers, North Pole marathoners, research scientists, explorers, and other people to the Arctic.

The ExWeb story also indicates that Mark Wood, Paul Vicary and Mark Langridge of the Race Against Time expedition will arrive ahead of that first commercial flight, and should be flown to the North Pole to begin their journey on April 1-2 depending on the weather conditions as well. From there, they’ll begin their journey south to Canada.

In recent years, it has become increasingly more challenging to build the Barneo Ice Camp. Finding a proper ice flow large enough to host the camp and a long landing strip has grown more challenging as climate change has a larger impact on the region. In fact, a few years back the runway itself cracked under the pressure of an arriving aircraft, damaging the landing gear and stalling more arrivals for a day or two. The weather between Barneo and Svalbard has been more intense as well, which has caused delayed flights. Still, the camp continues to open and operate, facilitating travel throughout the Arctic. It looks like 2016 will be no different.