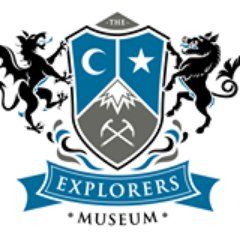 The Explorers Museum, a not for profit organization dedicated to promoting the continuing exploration of our planet through the recognition of significant expeditions, discoveries and explorers, has announced the dates and line-up for its 2016 weekend summit. The event will take place June 24-25 in Tullamore, Ireland at the museum’s headquarters in Charleville Castle, where a host of luminaries will be on hand.

In the modern age, exploration is no longer just about important firsts and filling in the blank spots on the map. As The Explorers Museum recognizes there is a great deal of effort being put into learning about sustainability, preserving the planet, and making it a better place for those of us who inhabit it. To that end, the list of guests who will be attending the summit reflects these values. Additionally, the theme of the entire weekend is “Redefining Exploration,” which indicates what the keynote address and sessions will be about.

You can read more about the summit weekend, check out the full line-up, and purchase tickets here. Glancing over the schedule, some of the highlights include opening ceremonies that include an address from Lorie Karnath – former President of the Explorers Club and founder of The Explorers Museum. There will also be a screening of the film Racing Extinction, breakout sessions that focus on fieldwork, climate change, the changing nature of exploration, and much more.

Tickets are on sale now, and it looks like this will be a very interesting weekend for those of us who value exploration in the 21st century. The setting at Charleville Castle – the Global Expedition Base – will serve as a fantastic backdrop to these discussions. I know I’d love to be there.

1 thought on “The Explorers Museum Announces 2016 Summit in Ireland”