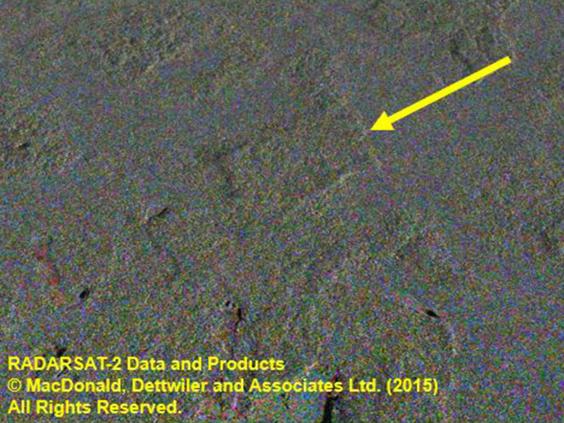 A 15-year old boy from Quebec is making headlines today for discovering a lost Mayan city in Mexico. The boy used knowledge of ancient astronomy and Google Earth to locate what appears to be remnants of the civilization that thrived across Central America 2000 years ago.

While looking at maps of the locations of Mayan cities, William Gadoury learned that those cities lined up with the constellations in the sky as they appeared when the Mayan civilization was flourishing. Using that knowledge, he then began searching satellite imagery on Google Earth looking for structures in specific locations, discovering that one city that should have lined up with a specific star was missing. But after careful examination of a spot in the Yucatan Peninsula, he was able to identify what appears to be man-made object hidden under the dense jungle there.

The actual existence of the lost city has yet to be confirmed on the ground, but other researchers are hailing the discovery as a significant one, and are giving William the credit. Experts say that it appears that there are quite a few man-made structures hidden under a thick canopy of vegetation, including buildings, a road, a town square, and possibly even a pyramid.
The teenager has named the city K’aak Chi, which means “Mouth of Fire,” and he will present his findings at a scientific gathering in Brazil next year. Meanwhile, archaeologists are already applying his technique of matching star charts to maps in hopes of finding other lost cities as well.
This is another amazing story that reminds us that there are some things that are still hidden away from us, even in the 21st century. It’s hard not to be impressed with this young man and his ingenuity. It’s a wonder that no one else has discovered the connection between the stars and the Mayan cities before.