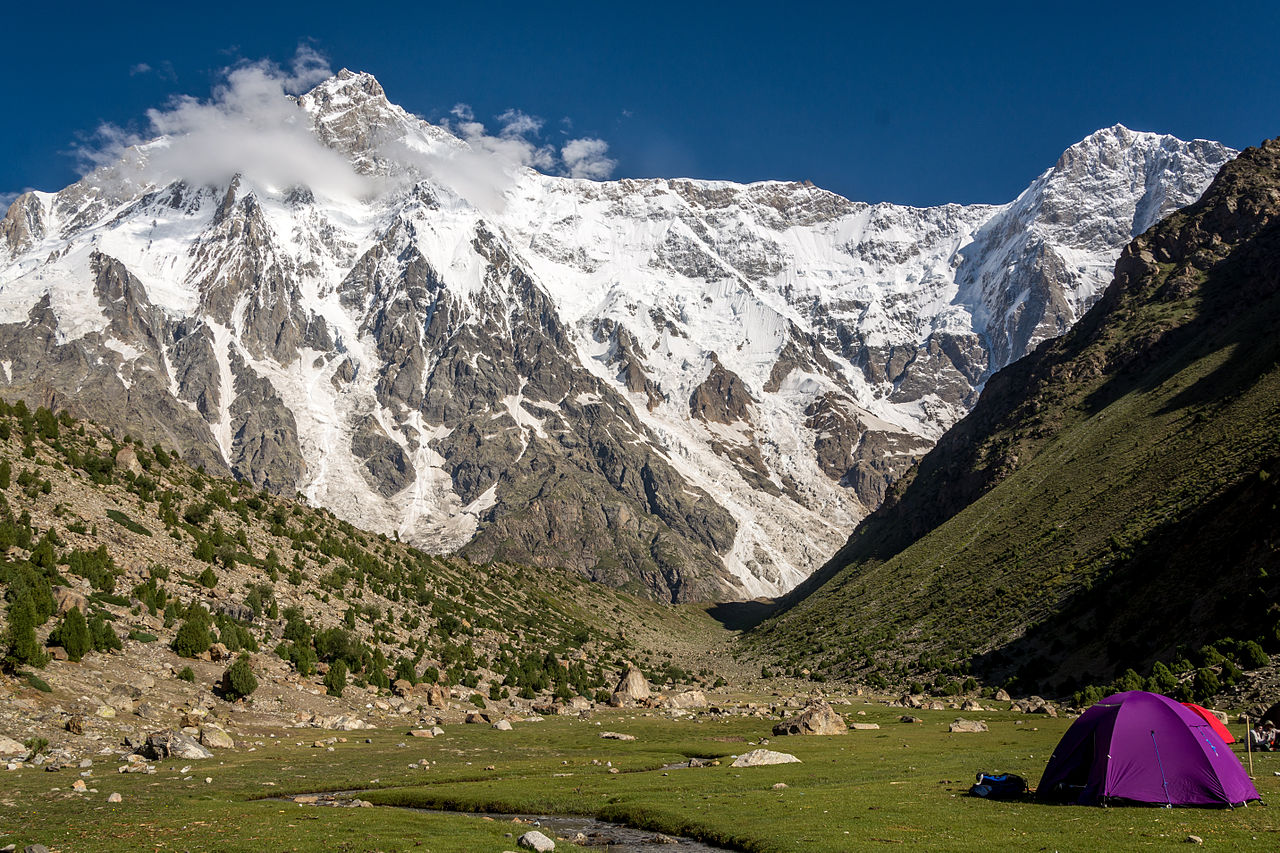 More news from Pakistan today, where we learn that teams are continuing to make summit pushes on several mountains, while operations have indeed come to an end on K2 following the massive avalanche that hit that mountain over the weekend. As usual, the summer climbing season in the Karakoram remains as topsy-turvy and unpredictable as always.

We’ll start with an update from Nanga Parbat, where ExWeb is reporting that Ferran Latorre, Helias Millerioux, and Boyan Petrov set off on a summit push yesterday, successfully topping out at 3:30 PM local time. The entire team returned to Camp 4 later that evening, and are now making their way back down the mountain today. For Latorre, this is his 13th 8000-meter peak, all of which have been summited without the use of supplemental oxygen.

It now appears that this may be the only successful climb on Nanga this year however, as most of the other teams are now preparing to head home. ExWeb says that the route just below the Kinshofer Wall is especially unsafe, discouraging any other climbers from proceeding upwards. It looks like Base Camp will be all but abandoned by this coming weekend.

Yesterday we reported that all commercial teams were also departing from K2 after a large avalanche wiped out Camp 3 over the weekend, destroying all of the tents erected there, while also sweeping away the fixed ropes and a cache of oxygen bottles. At the time, there were some independent climbers who were hoping to regroup and make another attempt on the summit sometime next week. Apparently, those climbers have now changed their mind, and will also be leaving BC over the next few days, making it now two years in a row without a single summit on K2.

Over on Broad Peak, poor weather has turned back the latest summit attempt by Spaniard Oscar Cadiach, but his work on the mountain is far from over. After descending yesterday to escape the conditions, Cadiach has now headed back up the mountain and is reportedly in Camp 3 and waiting for a chance to go higher. If he successfully climbs BP, this will be his 14th and final 8000-meter peak, all climbed without supplemental O’s.

Finally, on both Gasherbrum I and II, current summit bids have been turned back due to poor weather. Teams are starting to leave those two mountains as well, although ExWeb says there are other climbers who are in Base Camp and waiting for their attempts on the mountain. While summit bids are certainly not imminent, there will be more attempts coming in the days ahead.

That’s it for now. More to come soon.