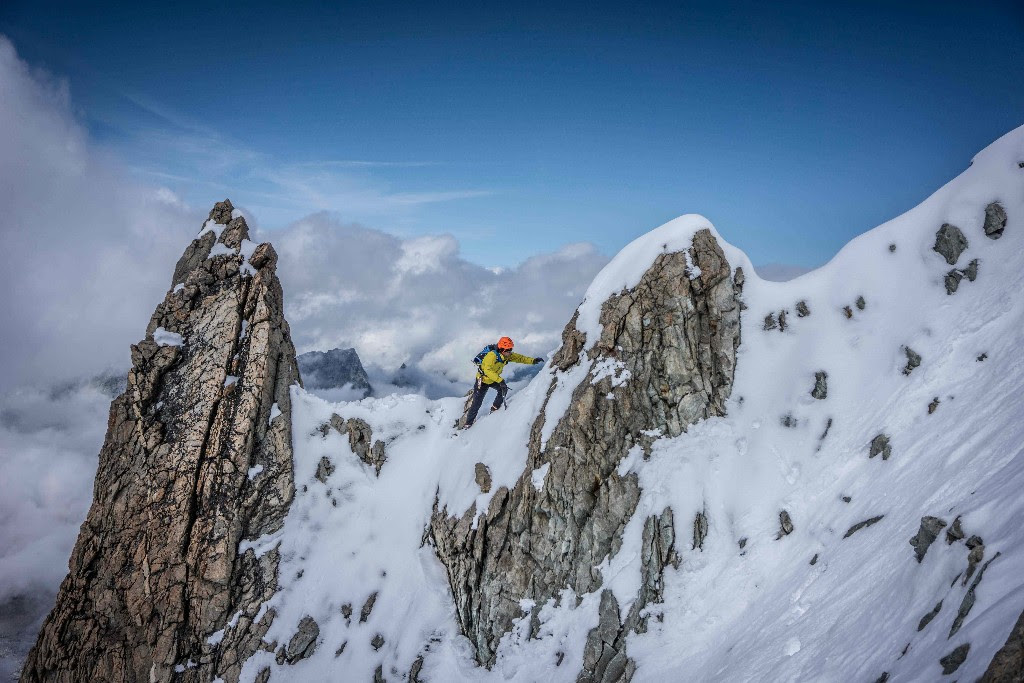 We’ve known that it was coming for some time, but today Spanish ultrarunner/mountaineer Kilian Jornet has officially announced his attempt to set a new speed record (Fast Known Time (FKT) in his parlance) on the world’s highest peak, Mt. Everest. And as usual, he’ll be making the attempt in his own unique, unorthodox, and challenging way.

In a press release sent out this morning, Jornet says that he’ll be making the climb throughout August and September. But prior to leaving for the Himalaya, he’ll first begin to acclimatize in the Alps closer to home. For the next few weeks, Kilian and his support team will live and train in the European mountains as they begin to get their bodies ready for the demands that they’ll face once they head to Tibet.

The plan is to attempt to summit Everest from the North Side, along a route that sees little traffic. The exact route hasn’t been made clear yet, as the intention is to scout the mountain once they are there. What they find on the slopes of the mountain will ultimately decide which way he will go to the top.

The final summit push will begin at Rongbuk monastery and will continue all the way to the top of Everest, and then back down again. In all, Kilian will have to run about 30 km (18.6 miles), which is a short distance for a man who is use to competing in 100 mile (160 km) long races. But, he has never tested himself at such high altitudes before, so it is unclear how his body will respond. This will be the Spaniard’s first attempt at an 8000-meter peak, but despite that he still intends to have a go at the FKT in alpine style and without the use of bottled oxygen.

Additionally, one has to wonder how much of an impact acclimatizing in the Alps will have on his progress. The highest peak in that mountain range is Mont Blanc, which stands 4810 m (15,781 ft) in height. That is not insignificant of course, but it is not even the same height as Base Camp on Everest. In other words, he’ll still have a lot of work to do once he arrives in the Himalaya.

Right now, the plan is to depart Europe on August 7 to start the expedition. Kilian and his crew will then spend the next eight weeks prepping and planning for the run. Will he be able to set a new speed record on the highest mountain on the planet? Only time will tell, but I wouldn’t doubt the man who set speed records on other mountains like Mont Blanc, Aconcagua, Denali, and Kilimanjaro. Still, Everest is an entirely different beast, and it will be interesting to watch this all unfold.