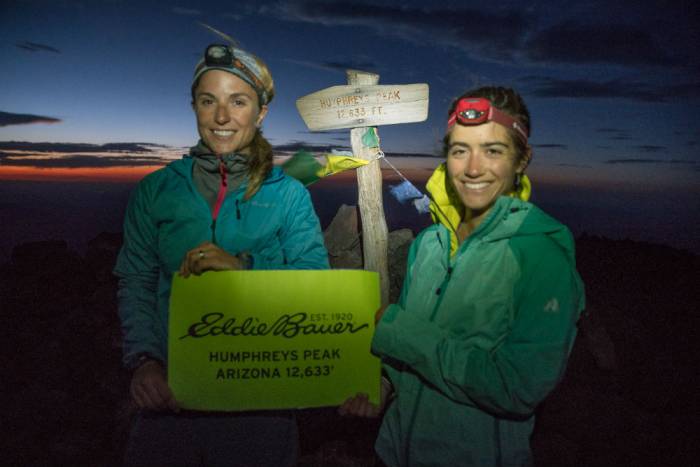 A couple of weeks back I posted a story about the efforts of mountain guides Melissa Arnot and Maddie Miller, who were attempting to reach the highest point in each of the U.S. states. They had dubbed their expedition the 50 Peaks Challenge and the original plan was to try to get all 50 high points in just 50 days. It turns out that the ladies were a bit faster than that, and in the process Miller actually set a new speed record.

All told, it took the 21-year old climber 41 days, 16 hours, and 10 minutes to climb all 50 of the high points, making that the fastest time ever. Miller also became the first woman to nab all of the summits in under 50 days as well, something that has been accomplished by a handful of male climbers too.

Unfortunately, Arnot can’t share in the record because she only reached 49 of the high points. The 50 Peaks Challenge actually began on Denali back in June, but Melissa was unable to climb that mountain. She had suffered an injury on Everest earlier this spring and wasn’t ready to make the arduous trip to the top of the toughest mountain in North America. Instead, she had to join Miller after that expedition and accompany her to the top of the other high points. The two ladies wrapped up their efforts by summiting Mauna Kea in Hawaii last week. Arnot has previously summited Denali, giving her all 50 high points as well, just not in record time.

Congratulations to both Melissa and Maddie on this great accomplishment. While many of the high points are easy walk ups or barely a challenge at all, several of them are serious mountaineering challenges. On top of that, to reach all of them in such a short period of time is an impressive feat indeed. That certainly makes for a busy summer and one hell of a road trip.

What did you do with your summer?