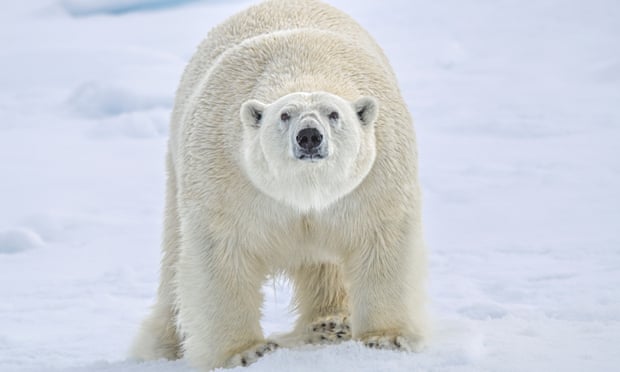 Think your job is rough? Consider the challenges that a team of five Russian scientists have been facing as they conduct weather research on the remote island of Troynoy in the Arctic Ocean. According to a report from TASS the group had become trapped inside its meteorological observation center by a group of ten polar bears who have taken up residence just outside the base.

Normally, in order to keep the bears at bay, the scientists use flares and have dogs at the base to scare off the animals. But, the team had run out of flares, and according to Mashable the bears even killed one of the dogs. Because of this aggressive nature, the researchers have had to abandon some of their projects, and had been instructed to only leave the base when absolutely necessary.

It was originally reported that it would take weeks to deliver new flares and dogs to the station, but apparently relief came earlier today when a passing research vessel made a detour to lend a hand. The ship resupplied the team with flares, which were used immediately to scare off the bears. The next resupply ship wasn’t scheduled to arrive for another month, but this should help buy the team some time.

Apparently, the bears gather near the base to wait for the Arctic Ocean to freeze. That typically occurs in late October or early November, at which time they’ll depart the area and head north. Considering the current state of the arctic sea ice, it may take longer than usual before the bears begin their migration, and it is possible that they’ll return to that location again in the days ahead.

In the past only about 4-6 bears have spent their summers on Troynoy, but apparently this year there are at least 10, including some large female with small cubs as well. One of the females has even been spending her nights just below one of the windows of the weather station, making it even more difficult for the team to sneak outside to record readings for their research.

Hopefully there will be some relief for these scientists soon. While watching polar bears up close sounds like an amazing experience, being locked inside and unable to go out doesn’t seem like a lot of fun.