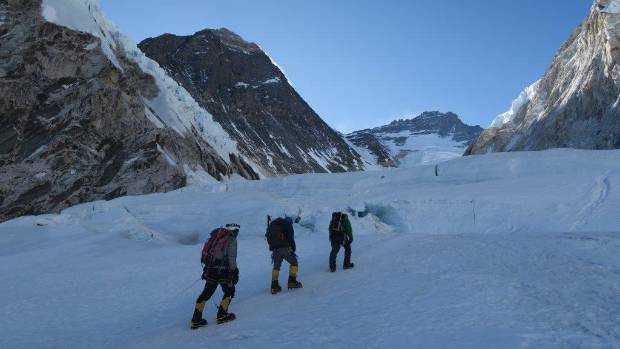 Anyone who follows the mountaineering scene on Everest with any regularity already knows that it has become quite a commercial affair. But, China has decided to take that level of commercialization even further by revealing plans to build hotels, restaurants, and a climbing training center on the Tibetan side of the mountain.

On the Nepali side of the mountain, visiting Everest Base Camp is big business. Each year, thousands of travelers make the trek to EBC just to get a glimpse of the mountain. That isn’t the case on the Chinese side of the mountain however, although officials there are hoping to change that. Earlier this year a paved highway running to the Tibetan camp opened, making it easier than ever to reach that point. But, that highway has also cleared the way for other businesses to begin setting up shop as well.

The plans for this project include building a training facility for mountaineers hoping to climb the mountain, as well as creating a base for a search and rescue team as well. Both of those operations would be a great addition to either side of the mountain. But, the ambitious long-term goals for the project also include expanding the site with hotels, restaurants, shops, and even a museum.

Chinese officials see this as a way to increase economic growth in Tibet and expand tourism operations there. While altitude is still a concern for anyone wanting to visit Everest Base Camp, on the Tibetan side of the mountain you can avoid a week long hike and go by car instead. The problem is, at the moment there isn’t much to see there. If this project comes to fruition, that would change and allow many more visitors to visit the region.

The idea of commercializing the Tibetan side of the mountain is also part of an even bigger plan to raise interest in snow sports ahead of the 2022 Olympics games to be held in Beijing once again. The hope is to change perceptions about the activities that are available within the country and get visitors to realize there are opportunities to potentially ski, snowboard, and snowshoe while visiting China, and Tibet in particular.

There is no announced timeline for when this project will move forward, but it does appear that construction could begin as early as next year. If that is the case, it is possible that we could see a working hotel near the mountain within the next few years.