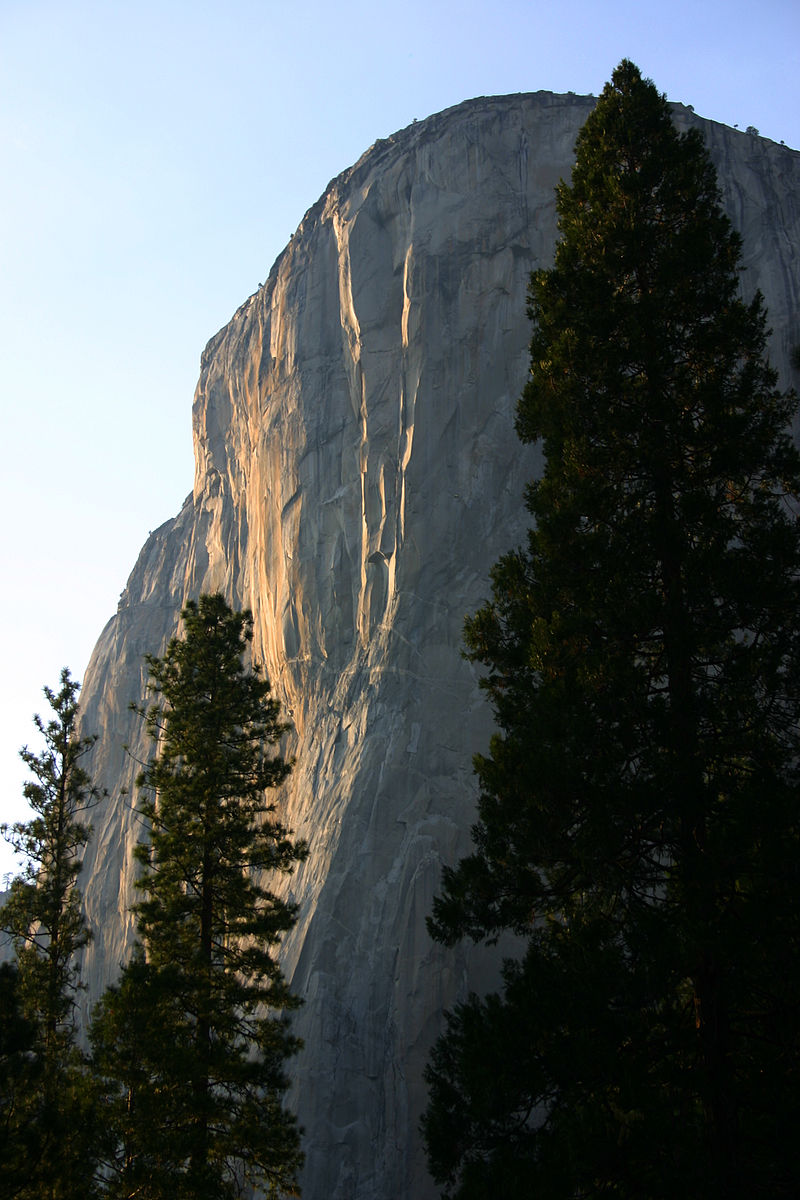 It has been a week since we last checked in with Czech climber Adam Ondra, who continues his attempt to complete what is widely held to be the toughest rock climbing route in the world. Over the past few weeks, the talented 23-year old has been trying to repeat an ascent of the Dawn Wall in Yosemite, a feat which has only been accomplished once before. And while his progress has slowed since his initial burst of speed over the first ten pitches or so, it now seems like he has put the pieces together to finish the climb at last.

According to Planet Mountain, Ondra has now scouted the entire climb, all the way to the summit of El Capitan. He and fellow rock climber Pavel Blažek finished an aid climb to the top over the weekend, which has served as a scouting mission of sorts, given him a look at everything that still sits before him. After that, he dropped back down to the valley floor and returned to his portledge where he continues to work on the very difficult 14th pitch, which is considered by most to be the crux of the entire climb. After examining that section of the climb, Ondra now feels that he has the beta he needs to complete the route. It is just a matter of time before he puts it altogether.

You may recall that the only previous ascent of the Dawn Wall was done by Tommy Caldwell and Kevin Jorgeson back in January of 2015. At that time, no one knew if it was even possible to climb the rock face, which Caldwell had scouted for seven years before making the ascent. Ondra benefits from having someone go before him to show the way, which he acknowledged by saying:

“the complexity and difficulty of the whole climb is just shocking to me. I might have been too optimistic, but I definitely expected it to be easier… Hats off to Tommy and Kevin, who believed that the whole climb was possible before they free climbed. Without having the beta, some of the sections look just impossible. I have the advantage that I know that the climb is possible and that helps me to keep the faith that I might be able to do it as well. I am humbled and impressed by what Tommy and Kevin did!”

The admiration seems to go both ways. Jorgeson has been following Ondra’s climb closely and has been in Yosemite to lend some advice from time to time. He has called the Czech climber “Badass” as he watched him work the rock. Remember, this is Adam’s first ever visit to the valley, and he is essentially on-sighting the world’s hardest climb.

Now, Ondra will turn his attention the difficult Pitch 14, and while there are some difficult sections still ahead, he feels like he is well equipped to deal with them once he works out this problem first. He is definitely feeling optimistic at this point, saying that he now feels like he is entering “the final push.”

Stay tuned for more. We may have history in the making on the Dawn Wall once again in the days ahead.