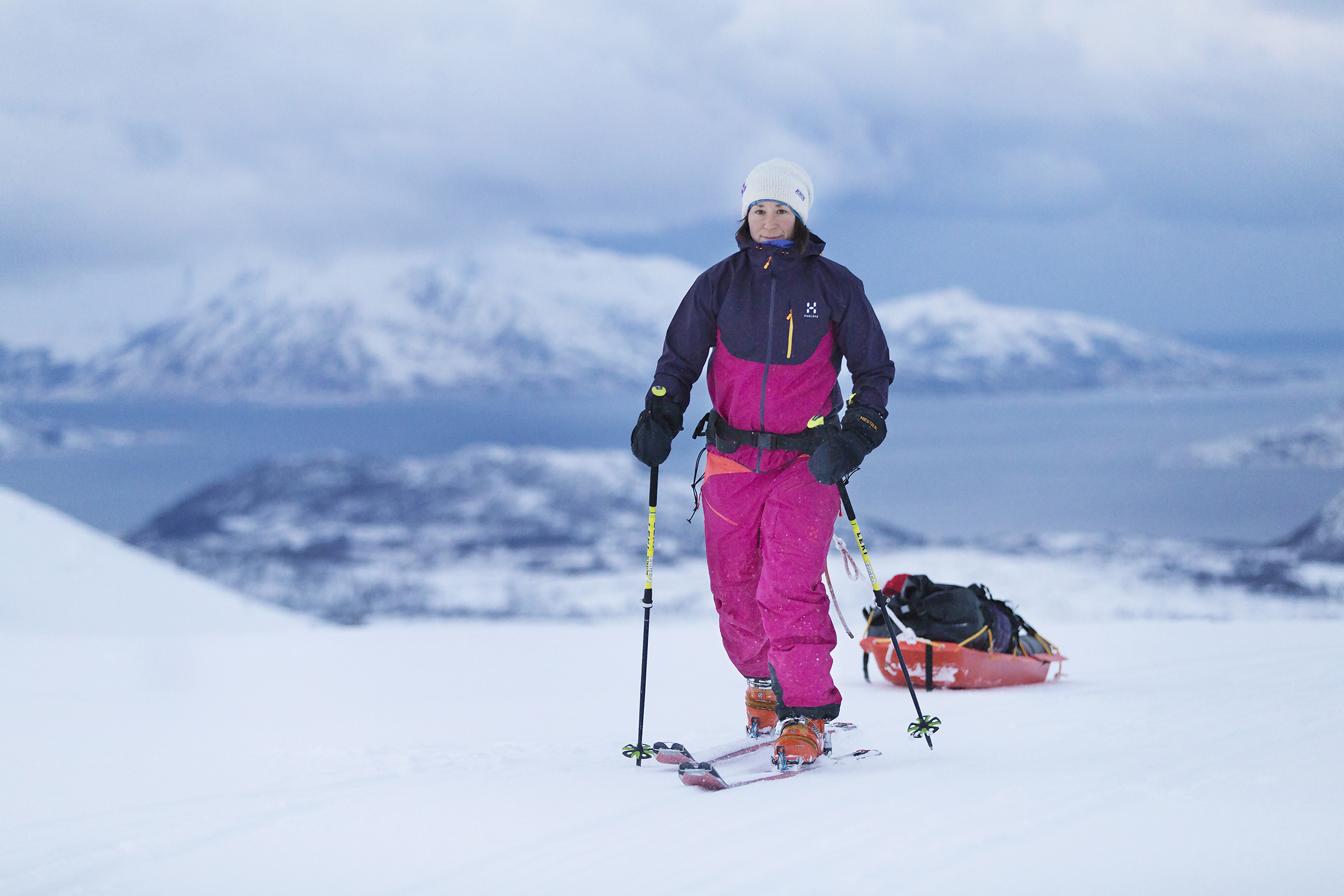 Yesterday I posted an update from the Antarctic during which I shared info on a couple of expeditions I hadn’t written about before, and made some quick updates on several of the skiers making their way to the South Pole. But one of the skiers I failed to post an update on was Swedish adventurer Johanna Davidsson, who is now closing in on polar history at the bottom of the world.

As of now, Johanna is just 57km (35 miles) from reaching Pole, which is still a daunting distance of course. But, in recent days she has been skiing as much as 35 km (21 miles) per day, which means that if she manages to put in a solid effort, she should reach 90ºS on Christmas Day. As quickly and as efficiently as she has been moving, that seems like a real possibility at this point.

As ExWeb points out, if she does manage to complete the journey by December 25 Johanna will set a new speed record for a woman skiing solo along the traditional Hercules Inlet to the South Pole route, which covers a distance of 1130 km (702 miles). The current record is held by British skier Hannah McKeand, and stands at 39 days, 9 hours, and 33 minutes. Since Johanna started on November 15, she even has a few days to spare and could beat that record rather soundly.

Obviously she still has quite a bit of distance to cover, and this record isn’t int he bag yet. In fact, it wasn’t even part of her original plan. She had just hoped to ski to the South Pole and hopefully kite-ski back to Hercules if time permitted. It seems like she should be able to do that if she still wants to. Reaching the Pole by Christmas gives her plenty of time for the return trip.

The days in the Antarctic can be long and tedious, with little to break up the monotony of skiing. Most of the skiers look forward to Christmas as they typically have saved a few special treats to enjoy on that day, and perhaps even a present or two. But for Johanna, it could mean something even more special. The completion of the first leg of her journey and a celebration at one of the most remote places on Earth.

2 thoughts on “Antarctica 2016: Solo Skier Johanna Davidsson Closes in on the Pole and a New Record”