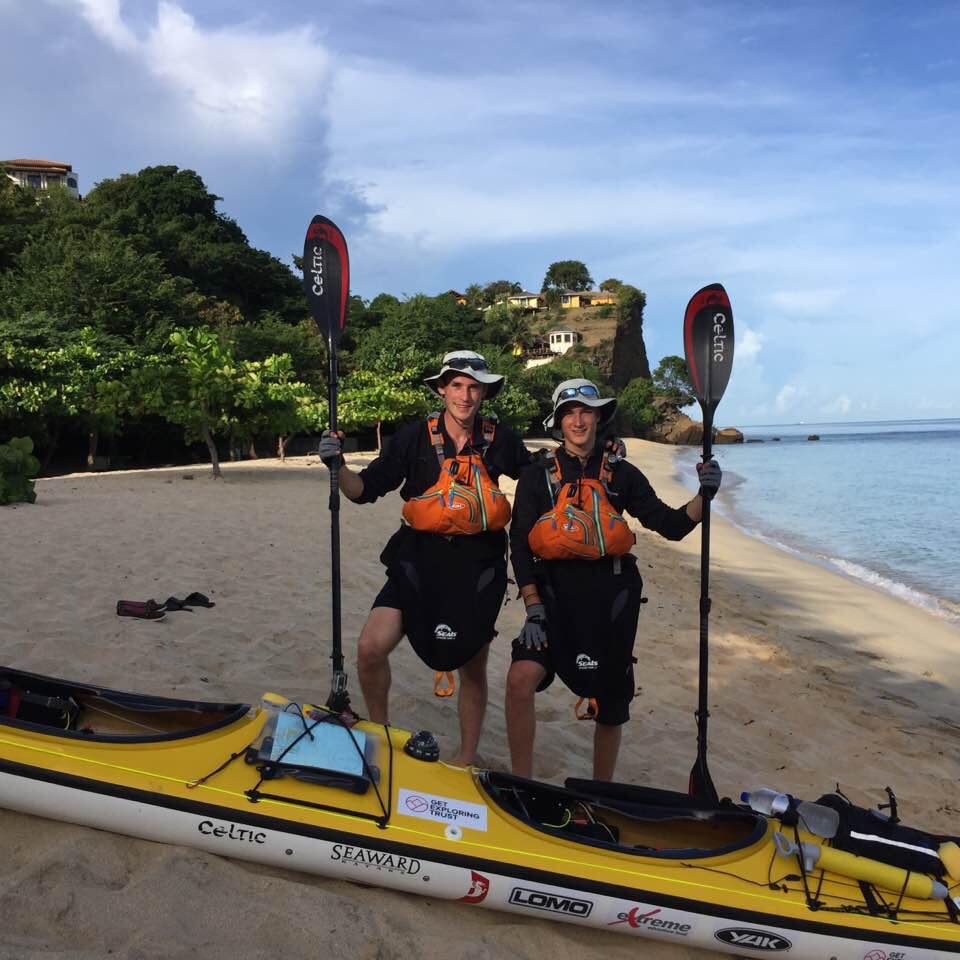 Two American adventurers are in the middle of an epic paddle that will see them travel more than 2000 miles (3218 km) across the Caribbean Sea in a tandem kayak. The journey began back on October 1, but is now nearing completion as the two young men close in on their finish line.

Dubbed The Golden Arc Expedition by Will McCreadie and George Parry – both 21-years old – the trip began on the island of Grenada and will end when the pair reach Miami, which they hope to do by the end of the month. That will end about two months of island hopping as they’ve made their way across the Caribbean. Along the way, they have stopped in Nevis, Turks and Caicos, the Dominican Republic, and  Puerto Rico. Currently, they are paddling through the Bahamas on their way to Florida.
Throughout the course of the journey, McCreadie and Perry have faced some serious challenges. As you might expect, the ocean hasn’t always been kind, as the two men have had to deal with high seas and strong winds. They’ve also suffered dehydration, heat exhaustion, and sleep deprivation, as they have sometimes paddled for as much as 30 hours straight during open ocean crossings. Still, reading their dispatches they remain upbeat and determined to reach the end of their journey on schedule.
The two men undertook this challenge to raise funds for the Get Exploring Trust, an organization that awards grants to get people outside and pursuing activities that they are passionate about. It encourages people from all kinds of backgrounds to step out of their comfort zone and encourage them to explore the world around us. The grants are not particularly large, but they may cover costs such as purchasing a good pair of hiking boots, paying for an outdoor training course, or transportation to reach a destination. The whole point of GET is to simply help young, adventurous people to go after their dreams. Something that we at The Adventure Blog can obviously get behind.
As far as this particular adventure, I could think of worse places to kayak through than the Caribbean Sea. Still, having just been there recently myself, I do know how hot it can get under the blazing sun, and kayaking 2000 miles is an impressive accomplishment no matter where it is done. Will and George haven’t had to rough it completely however. During their stop over in Nevis for instance, they stayed at the Four Seasons while they recuperated some. We should all be so lucky on our own expeditions.