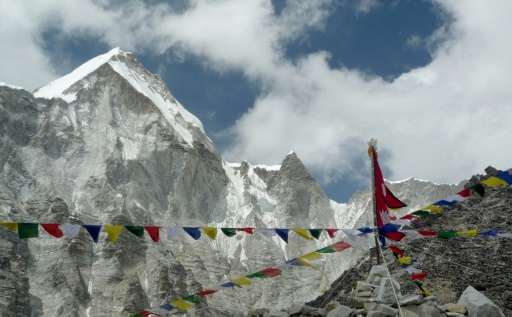 The Indian government has announced plans to send an expedition to Mt. Everest in Nepal this spring to re-measure the height of the mountain. A team of surveyors will head to the Himalaya in two months time, where they will use high tech equipment – including satellite data, GPS devices, and other observational gear – to detect if the 2015 earthquake had a measurable impact on the peak.

The last time an Indian survey team visited Everest with the intention of measuring the height of the mountain was back in 1955. That’s when the current most accepted height of 8848 meters (29,029 ft) was recorded. A more recent survey by the National Geographic Society took place in 2003, which recorded the height at 8849 meters (29,035 ft), although the Nepali government never formally adopted that data to reflect the height of the mountain. This new survey should help to determine which number is more accurate.

But beyond that, the plan is to see what the impact of the April 25, 2015 earthquake had on the height of Everest. It is believed that the mountain lost an inch or more of altitude due to the massive quake, which caused widespread devastation throughout the country, killing more than 9000 people and injuring thousands more.

In terms of its impact on the climb, an inch difference in height is imperceptible to anyone heading to the summit, but in geological terms it is a large increment. If the mountain did indeed move by that much in such a short time, it is an indication of just how powerful the earthquake truly was.

Meanwhile, the Nepalese government says that they have not approved an Indian survey team to operate in and around Everest this year, and that they are planning to conduct their own research on the current height of the mountain. Unsurprisingly, researchers from within the country say that while Everest may have shrunk during the quake, there are some that believe it may have gotten taller too.

No matter which team conducts the survey is expected to take about a month to collect all of the data and another two weeks to examine it. They’ll observe the mountain both from the ground and the air, and will likely want to send someone to the summit carrying a GPS device as well. Either way, by summer the new measurement should be complete, and we should have an idea of how tall Everest truly is.