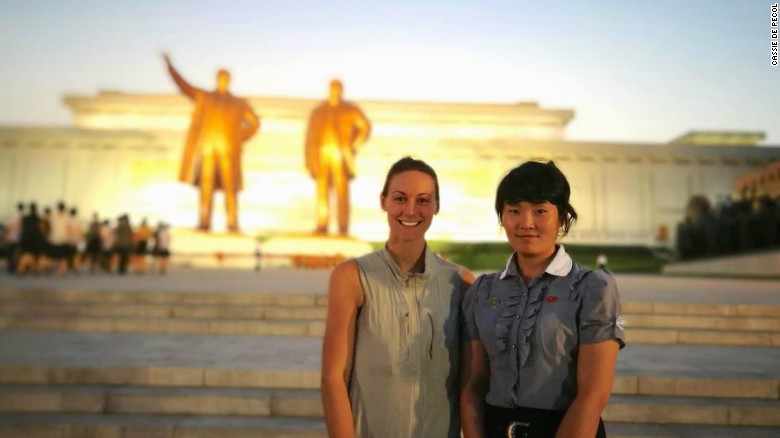 An American woman named Cassie De Pecol has set a new world record for visiting every country on Earth in the fastest time ever, completing her whirlwind adventure in just 18 months and 26 days. Over the course of that time, she managed to see 196 different nations, averaging about one new destination every three days or so.

Cassie’s round-the-world journey began back in July of 2015, and while she of course wanted to sample every culture on Earth, she had other plans in mind as well. De Pecol began traveling as an ambassador for the International Institute of Peace Through Tourism, and often met with dignitaries to discuss sustainable tourism as well. She remains committed to that goal even after her recent return home, and says that she’ll plant trees to help offset some of the carbon footprint from her journey. “If you say, fly from Bangalore, India, to Colombo, Sri Lanka, you end up killing one tree during that flight, the goal is to plant two trees, for regenerative tourism, not just sustainable tourism,” De Pecol told CNN.

While undertaking this goal of seeing the world, Cassie flew more than 255 times, which causes some to call her a hypocrite. She recognizes that criticism however and says that she has plans to plant trees in over 50 countries as part of her sustainable tourism efforts.

De Pecol faced more than a few challenges in visiting every country on Earth. Not the least off which was her American passport. U.S. citizens are not welcome in every country – including North Korea, Syria, and Turkmenistan. But, she found creative was to gain legal entry into all of those places, adding their stamps to her passport as she went.

Her other big challenge was funding the project. When she first started planning, she estimated that it would take $198,000. She managed to save $10,000 of her own, and raised the rest of the cash she needed by gathering sponsors. In the end, she was able to complete the trip, and in record time.

While reading this story, a couple of things came to mind. First, I’m pretty sure I could travel around the world for a lot less than $198,000, so I’d like to see how she came up with that budget. The other things is that my style of travel isn’t one where I’d want to knock off a country every three days. I know she had other goals in mind, and that it wasn’t about going on a leisurely trip, but I certainly would have liked to have spent more time in each of those places, speed record be damned.

That said, it is pretty amazing that she managed to get into all of these places, and I’m impressed with her persistence and dedication.