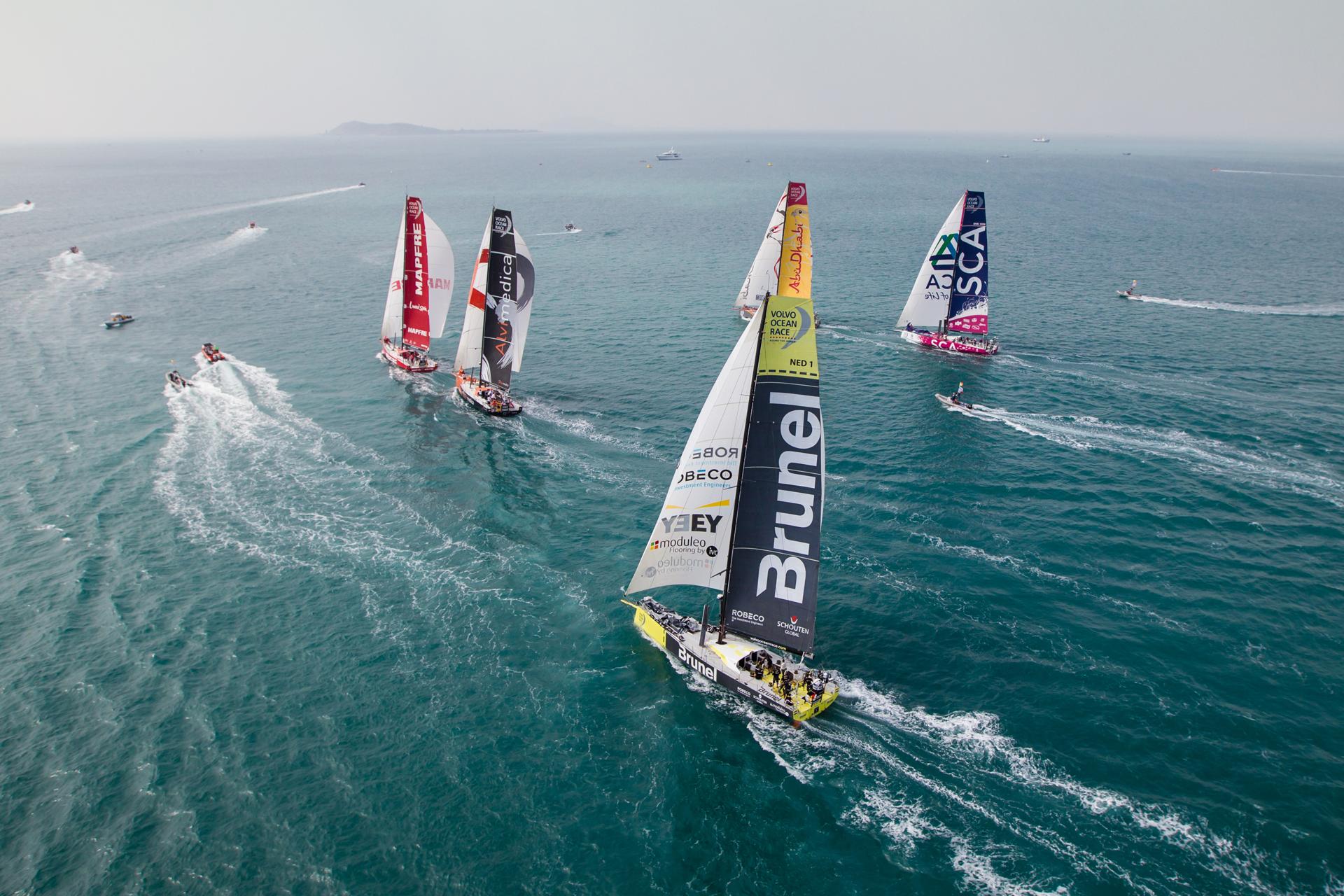 Later this year, a new edition of the Volvo Ocean Race will kick-off from Alicante, Spain, where several sailing crews will begin a difficult journey to see who can be the fastest to race around the world. The event is a brutal one, demanding determination, grit, and fortitude to see it through to the end, as the teams cover more than 46,000 nautical miles (85,192 km/52,935 miles) as they cross four different oceans and visit six continents along the way. To say this event is a unique blend of adventure and endurance challenge would be an understatement.

While I was away sailing the Southern Ocean an co-sponsorsed American and Danish team threw its hat into the ring for this year’s race. The Vestas 11th Hour Racing will be taking part in their second consecutive Volvo Ocean Race, with experienced skippers Charlie Enright and Mark Towill leading the way. The two men are now working on building a competitive crew, and plan on making several trans-Atlantic crossing in April and May to serve as training sessions prior to the October 22 launch of the round-the-world race.

Enright and Towill served as the skipper and race director for Team Alvimedica in the 2014-15 edition of the Volvo Ocean Race. They hope that experience will prove helpful this year as they set out to challenge the other teams that will depart from Alicante in a few months time. So far, there are three other crews entered in the event. They include the Dutch team of AkzoNobel, the Dongfeng Race Team from China, and Mapfre from Spain.

When Vestas hits the water they’ll be carrying an important environmental message with them. Not only does the team’s sponsor create sustainable energy solutions for use around the world, but the team is also stressing the importance of protecting the marine environment as well. In their first venture into the VOR, Charlie and Mark saw first hand how pollution and plastic debris is impacting the world’s oceans, destroying many species of fish and making the waters uninhabitable in some parts of the world. They’ve made it their mission to bring attention to this issue, even as they race through those waters.

The Volvo Ocean Race first began back in 1973, and it has occurred approximately every two years since. It ranks among sailing’s “Big Three” events, along with America’s Cup and the Olympics. For many sailors, it isa dream come true just to compete in the event, let alone win it.

The 2017-2018 edition of the event will feature an incredibly challenging course. After setting out from Alicante, the ships will sail for Lisbon before proceeding south to Cape Town. After that, they’ll brave the Southern Ocean to cross to Melbourne, before turning north to Guangzhou and Hong Kong. That will be a brief foray into the Northern Hemisphere however, as the teams will then turn south once again on their way to Aukland. They’ll then sail round the infamous Cape Horn in South America as they make their way to Itajaí, then on to Newport, across the North Atlantic to Cardiff, on to Gothenburg, and to the finish line in The Hague. It should be quite a journey.

We’re still more than six months away from the start of the race at this point, so expect more teams to join the competition in the weeks ahead. In October, the real excitement begins. But until then, you can keep tabs on race developments at VolvoOceanRace.com.