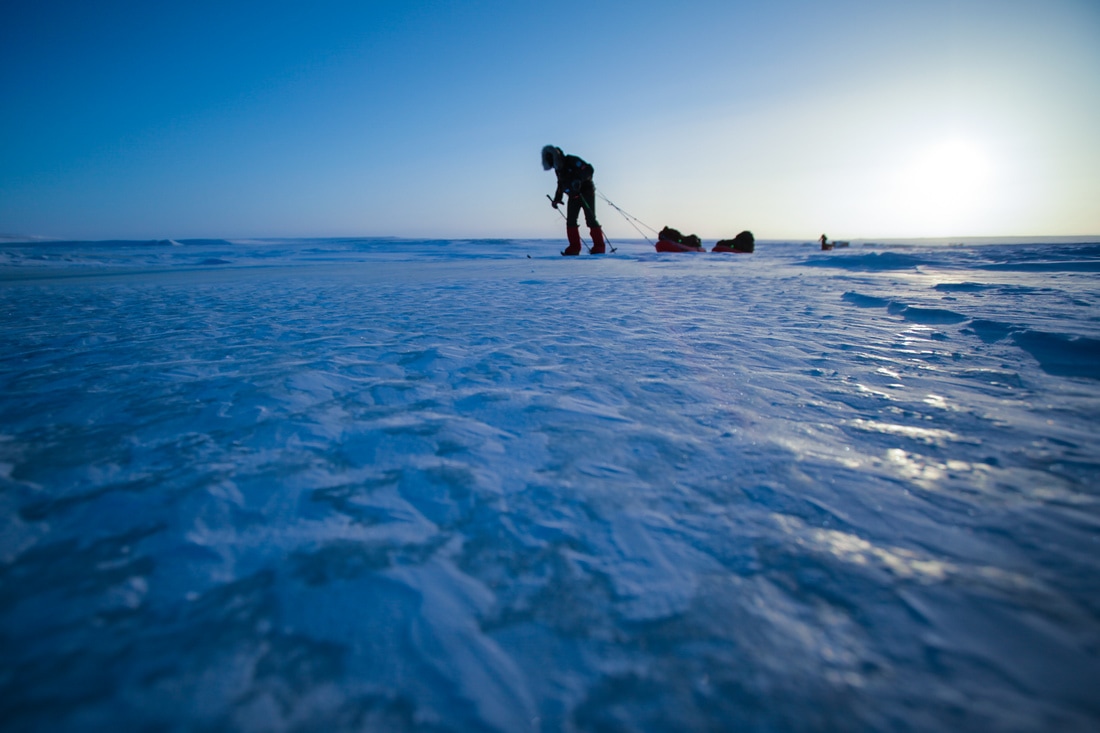 Just a quick update from Resolute Bay in Canada today. That’s where the two teams planning on skiing to the North Pole continue to wait for a good weather window to begin their journey. The three men (and one dog!) who collectively make up these expeditions have been in town for more than week now, and continue to wait patiently for the start of their adventures, each knowing that each passing day could make things just a bit more difficult.

Martin Murray, who will be traveling with a dog named Sky, hasn’t updated his status since last week, at which time he had sorted and weighed his gear in preparation for departure. But, The Last Great March team of Sebastian Copeland and Mark George shared news of their status yesterday. With nothing to do but wait, the two men retrieved their sleds from the aircraft and made use of their time by pulling them around for two hours in preparation for what they’ll encounter out on the ice. Those training sessions will help them to get prepared for the long grueling days they’ll face once they are dropped off at their starting point – either on Cape Discovery or Ward Hunt Island, which hopefully will happen sometime soon. They are poised and ready to get on the plane once they are given the green light.

Unfortunately for both squads, each day that they delay is like a clock ticking away. The Arctic ice now melts at a much faster pace than it did in the past, which means that while it is now at its thickest point, it will also be unsteady and constantly breaking apart. That makes their journey all the harder and will have a significant impact on their eventual success or failure.

At this point, it is unclear when they’l be flown out to their drop off points. As is usual with these kinds of expeditions, Mother Nature sets the schedule. Everyone involved will be watching the weather closely, and as soon as they see an opportunity to depart, they’ll go. That could come as early as today, or it could be another week. For now, they’ll just have to play the waiting game.