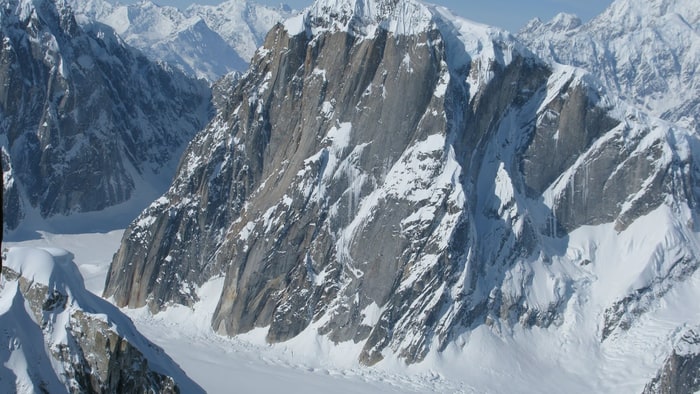 While we’re obviously still gearing up for a very busy Himalayan climbing season in the days ahead, there are other interesting expeditions in the planning stages as well. Take for example the new project from Alex Honnold and Renan Ozturk, which will send them to Alaska to take on one of the toughest free-climbs in all of North America.

According to Men’s Journal, the two climbers will attempt the first free ascent of Wine Bottle Tower on the East Face of Mt. Dickey in June. In terms of altitude, Dickey is a modest climb at best, topping out at a mere 2909 meters (9545 ft). But, its East Face is a spectacular big wall built to test the skills of any climber, including ones as talented as Honnold and Ozturk.

The route they’ll take up Wine Bottle Tower is extremely technical, requiring plenty of skill and talent to even consider undertaking. It also happens to be 1600 meters (5250 ft) of sheer vertical granite, which makes it about 609 meters (2000 ft) taller than El Capitan in Yosemite.

The first – and only – ascent of this route was done back in 1988 by Austrians Thomas Bonapace and Andreas Orgler. But those two men made the climb using aid to help them up the incredibly difficult rock face. Honnold and Ozturk will try to free the wall instead, something they attempted back in 2013 with Freddie Wilkinson, only to turn back less than 15% of the way up the route.

Men’s Journal says that the two men haven’t shared their exact plans yet, but it seems likely that in June they’ll have to ski to Mt. Dickey to begin the climb and decide from there what their strategy will be. Since the route is mostly unscouted by either of the climbers, it seems likely that they’ll spend several days on the project, setting up portaledges as they go. A straight shot up the wall in a single, massive push seems very unlikely, even for two guys as talented as this.

Either way, it should be interesting to see how this one develops. We’ll have to wait for June to get further updates.