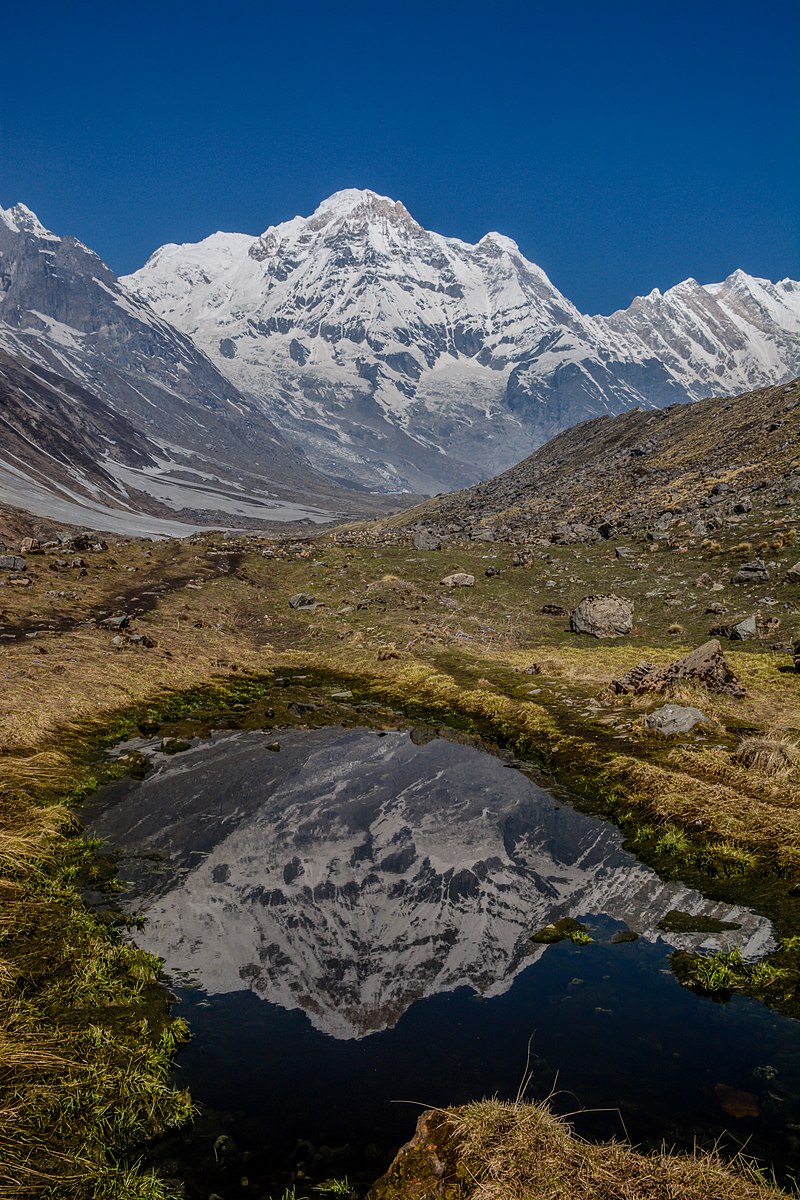 As the week comes to an end we have more news of summits in the Himalaya, as well as an updated schedule for fixing ropes on the South Side of Everest. We’re at the point of the season where things are moving fast, with developments on an almost daily basis, and yet the busiest time of the year has yet to come, with lots of action now just days away.

We’ll start this update with news from Annapurna, where six climbers reached the summit yesterday. Amongst them were Spaniards Alberto Zerain and Jonatan Garcia, Chileans Pablo Mohr and Sebastian Rojas, and Italians Nives Meroi and Romano Bennet. Reportedly, the summit push was a tough one, even for a mountain with a reputation as fearsome as this one. Conditions were cold, winds were nasty, and there was plenty of snow falling too. To make matters worse, most of the climbers hadn’t spent any significant time above Camp 2 due to poor weather that persisted all spring. Still, the six alpinists set off from Base Camp on May 7 and topped out four days later.

This is especially satisfying for Nives and Romano, who have waited a long time to stand on the summit of Annapurna. For them, this is the 14th – and final – 8000-meter peak, all without the use of supplemental oxygen. Nives also became just the second woman to accomplish that feat behind only Gerlinde Kaltenbrunner, who did it back in 2011.

If you know anything about this couple’s story, you can’t be anything but happy for them. It has been a long time coming, and it is well deserved. Not only do they self fund all of their own expeditions, but they climb independently too. And a few years back, when several female climbers were in a race to see who would become the first to nab all 14 8000-meter peaks, Nives was right in the middle of that competition. But at one point, Romano became very ill, to the point that his life was in danger. Nives set aside her climbing ambitions at the time and cared for her sick husband, who may have never returned to the mountains again. Thankfully, that wasn’t the case, and the duo have now made history. Congratulations to them both.

Elsewhere, ExWeb is reporting that a summit push also began on Makalu a few days back, only to be turned back due to a poor error in judgement. About 20 climbers went up the mountain and reached the false summit just below the main one. But, the group hadn’t brought enough rope to fix the lines along the final approach to the true summit, so they had to retreat. Reportedly, conditions were very cold and windy, making it a tough slog to that point, only to have disappointment set in further with the realization that they couldn’t complete the climb.

Finally, over on the South Side of Everest, the teams are continuing to play the waiting game. Most are now returning to Base Camp for a bit of rest before they prepare for the summit bids to come. Those attempts could begin as early as the middle of next week, but for now everyone is waiting for the rope fixing teams to head back up the mountain to finish installing the lines. That is expected to be completed by Monday or Tuesday of next week, weather permitting of course. Right now, conditions are very windy up near the summit, keeping everyone in a holding pattern. Once the route is complete however, expect a mad dash to the top.

As the season starts to run longer, the number of weather windows remaining grow fewer too. We’re just a couple of weeks out from the monsoon, and time is now of the essence. That means every team on the mountain will be scrambling to take advantage of whatever opportunities come their way. Traffic jams are likely to be a major issue and hopefully Mother Nature will hold off long enough for everyone to get up and down safely.

Stay tuned, it’s going to be an interesting couple of weeks ahead.