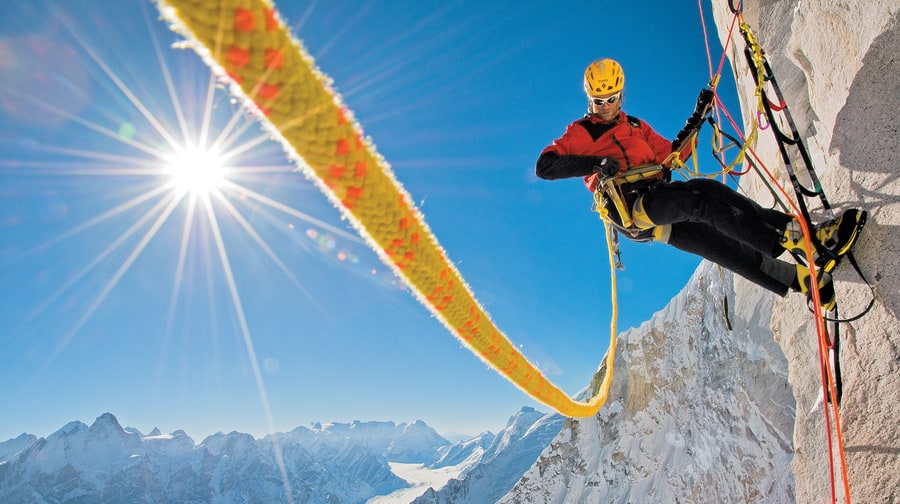 A few weeks back I shared a story from Men’s Journal that listed the 25 Most Adventurous Women of the Past 25 Years, giving us an impressive list of female explorers, climbers, skiers, and all-around bad-asses. But the magazine has also put together its picks for the 25 Most Adventurous Men as well, and as you would expect its filled with a lot of names that should be familiar to regular readers of The Adventure Blog.

Each entry onto the list provides a bit of context for why this person made the cut, including a look at some of his most impressive accomplishments. For instance, Conrad Anker is first up, and the article mentions his discovery of the body of George Mallory as well as his obsessive focus to climb the Shark Fin on Mt. Meru in India, which was documented in the amazing film Meru. Of course, that’s just the tip of the iceberg, but it is a good indicator of what Conrad has accomplished over the course of his illustrious career.

Other names making MJ’s list include Mike Horn, Alex Honnold, Erik Weihenmayer, Doug Tompkins, and more. Each of the men on the list have left an indelible mark on the outdoor and adventure landscape over the past two-and-a-half decades, and each is very deserving of making the cut. Sadly, some of the men are no longer with us either.

Speaking of which, I did find it odd that Ueli Steck didn’t make the list. Of course, there has to be a cut-off, and someone is going to be left out of the mix, but considering Ueli’s accomplishments over the past decade or so, it is hard to understand why he didn’t earn a spot amongst these 25 men. His only mention comes with the fact that he discovered Alex Lowe’s (who is on the list!) body on Shishapangma last year. That’s a major oversight in my opinion.