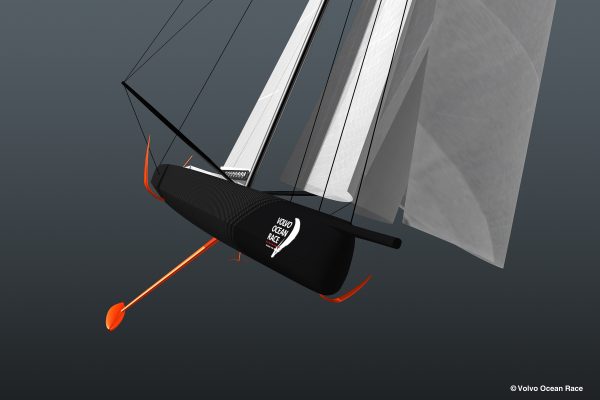 The 2017-2018 edition of the Volvo Ocean Race won’t begin until October, but already the organization is looking towards the future of the 44 year old race. A few days back, race management made some announcements about where the event is heading, and it looks to be exciting times ahead for this round-the-world adventure.

For those who aren’t familiar with the Volvo Ocean Race, it is one of the three major sailing challenges in the world, with America’s Cup and the Olympics rounding out the “Big 3.” It is a race that is held every two years that tests some of the best sailing crews on the planet as they attempt to be the fastest to circumnavigate the globe. The 2017-2018 edition is expected to cover some 46,000 nautical miles (52,935 miles/85,192 km), as the teams cross four oceans, visit six continents, and stop in 12 different cities. To say it is a test of skill, strength, and stamina, would be an understatement.

But, while the five teams that have entered this year’s race prepare for the challenges ahead, VOR leadership is looking beyond that competition to others yet to come. Amongst the changes that are coming in the future is the inclusion of a new 60′ foil-assisted ocean racing monohull design that will bring faster speeds to the ships, as well as the introduction of a new “flying” catamaran for use during In-Port Races. Those segments of the Volvo Ocean Race are currently used to settle tiebreakers, but the In-Port Races will play a larger role in future versions of the event, although the offshore legs will still be where individual races will be won or lost.

The updated ship designs are just part of the new initiatives that have been announced however. Race leadership also noted that it will begin offering race activity every calendar year, rather than waiting two years between events. To support that activity, it will also add three new hosts cities, new routes, and some interesting changes in race format as well. For instance, it was hinted that teams may even race non-stop around Antarctica in a future event, which would be an amazing and treacherous part of the world for a sailing competition.

Additionally, the Volvo Ocean Race has reiterated its commitment to sustainability, and is putting that movement front and center going forward. To that end, it is taking a bigger role in the United Nation’s Clean Seas campaign and is partnering with others to make the race as sustainable has possible. It is also partnering with World Sailing – the sport’s governing body – to work together on ensuring the future of these types of events and a healthy competitive sailing environment.

As if all of that wasn’t enough, the organization is also working with teams, sponsors, and other interested parties to ensure that the future of the Volvo Ocean Race is a healthy one in terms of business too. That will make it easier on the teams, captains, ships, and everyone involved to be able to keep focusing on the race as a whole and not having to reinvent the wheel every couple of years.

The key takeaways from the announcements are that race leadership are positioning the VOR to be the premiere test in all of sailing. It is already an intense, and grueling competition that pushes the crews to their absolute physical and mental limits, but as the sport evolves, it will only get more demanding. How that plays out on the water should be interesting to watch.

The 2017-2018 edition of the Volvo Ocean Race is scheduled to get underway on October 22 from Alicante, Spain. As usual, it should be quite an event to follow in the weeks and months that follow.

Find out more at volvooceanrace.com.