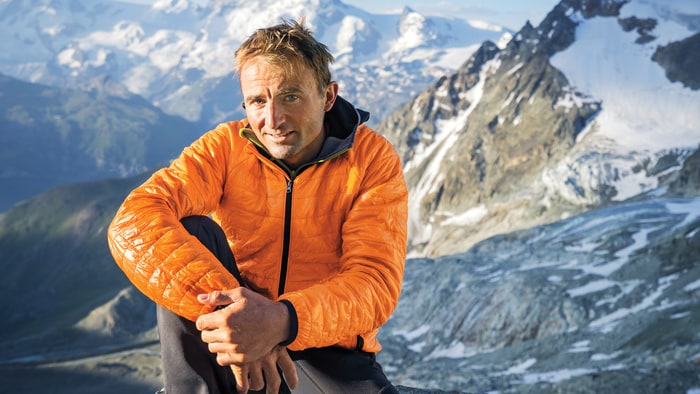 As successful as the 2017 climbing season in the Himalaya was, there will always be a dark cloud that hangs over the proceeding there. That’s because on April 30, the mountaineering community lost one of its most well known and accomplished members when Swiss climber Ueli Steck fell to his death while training on Nuptse. To say that Steck was a pioneer in the world of alpinism would be an understatement. He changed the game in a lot of ways when it came to conditioning, training, and moving fast and light in the mountains. He showed us that there were unique, new ways to do things on big peaks and he continuously opened our minds to what was possible.

Now, a month and a half after his death, many of us are still wondering what happened to him as he climbed alone in the Himalaya that day. To help us sort it all out, another esteemed and accomplished mountaineer has penned a story for Men’s Journal. The article is written by Conrad Anker and it looks to provide readers not only with insights into Ueli as a person, but the expedition he was hoping to complete this year as well.

It is important to note that Nuptse was simply a training mountain for Ueli. He was there to work on his acclimatization prior to launching what would be his real challenge. The plan was for Steck to summit Everest along the West Ridge, an incredibly difficult route that was first completed back in 1963 and has never been done again since. After reaching the top of Everest, Ueli would have traversed a narrow ridge over to Lhotse, topping out on that peak as well, all without coming down from altitude. It would have been an incredibly bold, daring, and dangerous project, which unfortunately we’ll never know how it would have turned out.

In the article, Anker shares stories of when he and Ueli crossed paths over the years, finding themselves on the same mountains from time to time. He also lays out Steck’s impressive climbing resume, putting those efforts into better perspective for us mere mortals. The story is one of both life and death, and is part of the grieving process that the mountaineering community is still going through. This is one mater climber discussing another, and it is a fascinating story about risk, reward, and the all consuming obsession of exploring the mountains.