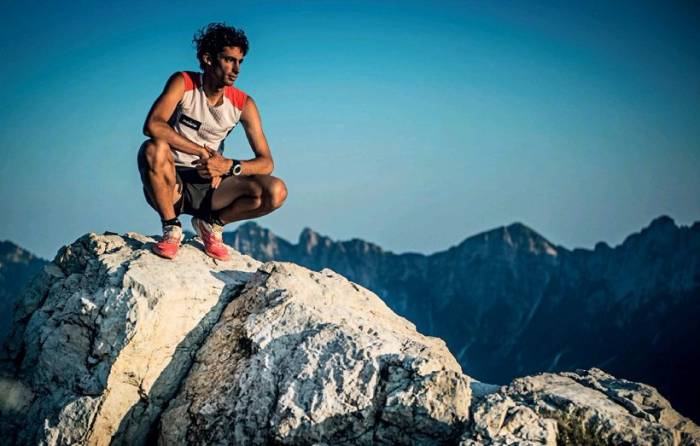 One of the biggest stories from the spring 2017 season on Everest was the double-summit by Kilian Jornet. In case you weren’t following along at the time, the Spanish mountain runner set a record time on his first attempt up the mountain, then had a second go at five days later to see if he could improve on his performance. Since then, Jornet has mostly been radio-silent, choosing to focus on returning to competition in a host of ultramaathons across Europe this summer. But now, we have more insights on what it was like to climb the world’s highest peak without oxygen or Sherpa support, straight from the horse’s mouth.

A few days back, Gear Junkie posted an interview with Kilian that was compiled together from questions asked by a panel of journalists representing several outdoor websites and publications. In it we learn a lot more about the experience, which was a challenge for Jornet, although he indicates that he has learned to compartmentalize pain and suffering to a degree that allows him to push himself beyond normal boundaries.

Some of the more interesting elements to come out of the Q&A session include the fact that the entire expedition was just 28 days in length door-to-door. He was able to to achieve that in part because of his phenomenal physical conditioning of course, but Jornet also warmed up and acclimated on Cho Oyu ahead of time, summiting that 8000-meter peak in just 10 days as well.

Kilian also says that he took just two liters of water with him up the mountain on his first attempt, but one liter froze in his pack. He says that he had to make compromises in terms of weight and mobility, but in the end it turned out okay. On the 15 hour descent he didn’t eat or drink anything because his stomach ailment caused him to throw up. On the return trip, he carried four flasks of water, but had two of those freeze on him too.

You’ll find all kinds of interesting tidbits throughout the story, including the Spaniard’s thoughts on innovative gear for use on Everest, what his training is like, and whether or not he will return to Everest in the future, and where he wants to go next. If any of that sounds intriguing to you, you can read the full interview here.