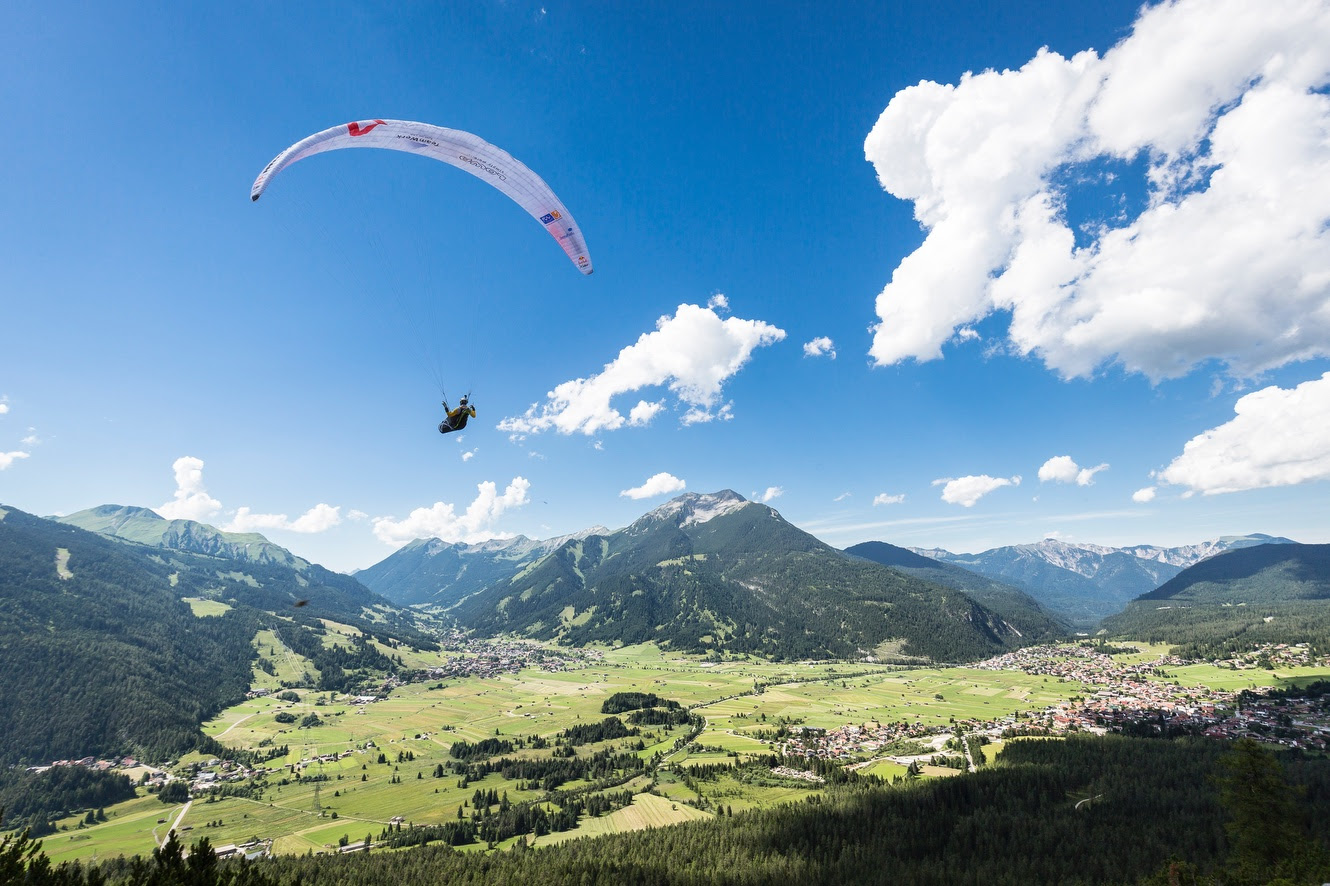 Earlier in the week I shared a post announcing the start of the incredible Red Bull X-Alps adventure race. For those who may have missed that story, this unique event pits competitors against each other as they trail run to the top of big mountains throughout the Alps, then deploy a paraglider that they must carry with them at all times, to sail as far as they can, before starting the process over again. The racers must pass through a series of checkpoints as they travel more than 1138 km (707 miles) from Salzburg in Austria to Monaco.

Over the past few days, the make-up of the race has begun to sort itself out. The top competitor is clearly Christian Maurer of Switzerland, who currently holds a lead of 100 km (62 miles) over his closet rival, and he seems to be pulling further away. At this point, Maurer – who has won the X-Alps in the past – has a commanding lead that will be difficult to overcome. But there is still quite a bit of distance to go, and a lot can happen, so it isn’t over just yet.

Meanwhile, race management says that group of other athletes have joined forces to try to chase down Maurer and safely cross some tricky sections of the course. The route is currently passing between Aschau Chiemsee to Lermoos, in the Tiroler Zugspitz Arena of Austria. One of those competitors is quoted as saying “There is one plan: fly far.”

Currently, the race is for second and third place, with the podium still wide open. It will be a few days at least before the first competitors begin arriving in Monaco, and a lot can happen between now and then. The top 14 racers are still packed fairly closely together, opening the door for anyone to sneak into the top finishers.

I’m fascinated with this event. I’m not aware of another race that combines trail running and paragliding, and requires the racers to be self sufficient out on the trail. They have to carry all of their gear and supplies with them throughout the race, getting resupplied with food and water at checkpoints along the way. The fact that they have to run to the summit of a mountain, set-up their glider, launch from the top, and sail as far as they can before repeating the process, is pretty amazing. These are indeed some impressive athletes and I’d love to see a smilier event held in the Himalaya for instance.

You can follow the action and learn more about the Red Bull X-Alps at the race’s official website.