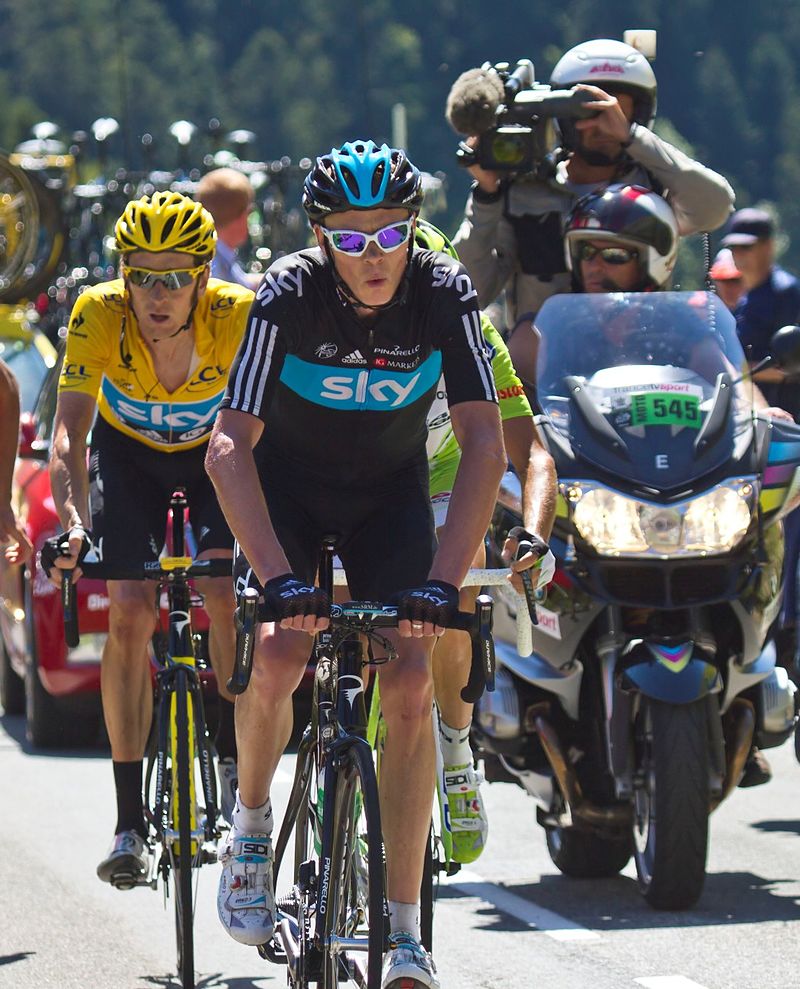 As we entered the second week of the Tour de France, it appeared as if there wouldn’t be much in the way of drama. As has been the case for three of the past four years, Chris Froome was in yellow and his Sky Team looked like it was in complete control of the race. Froome’s primary challengers – namely Nairo Quintana and Richie Porte – hadn’t put up much of a fight in the first week. Quintana looked tired from his recent ride in the Giro and Porte was lurking right up until he crashed out of the race last weekend. It seemed another Froome win was almost a sure thing, provide he didn’t make a mistake.

But things can change fast in Le Tour as we found out yesterday. That’s when on the final climb up Peyragudes that we finally saw something we hadn’t seen out of Froome before. The defending champ cracked, allowing Italian champ Fabio Aru to pull away and claim the Yellow Jersey for his own.

It was a surprising result that opens up the drama for the days to come. In fact, we saw the battle continue today, with Froome testing Aru on several occasions, and proving to the field that he is still the man to beat. Other riders who have been aggressive and riding well include Roman Bardet who now sits in third place behind Aru and Froome, and Rigoberto Uran, who is perhaps the surprise of the race so far, hanging in fourth. Dan Martin has also been racing incredibly well, and would be amongst the leaders had he not been caught up on the crash with Porte on Sunday. That account took a minute off his time, sending him down the rankings.

The next few days will be challenging, but the big mountains of the Alps that come next week will play a huge role in who wins the Tour this year. Aru, who leads by just six seconds, needs to take more time from Froome if he hopes to arrive in Paris in yellow. The final competitive stage for the General Classification will be a time trial on Saturday, July 22. Froome is a much better TT rider than Aru, and anything less than a 30 second lead will probably give the race back to defending champ. But, that is far from a foregone conclusion, which means week 3 should have some really interesting stages.

As far as the battles for the other jerseys go, Marcel Kittel has a commanding lead for the Green Jersey that goes to the sprinters, in no small part thanks to his five big stage wins so far this tour. He could win as many as three more stages before he’s through, which would tie the record held by the great Eddy Merckx. Warren Barguil holds the Polka Dot Jersey as the Tour’s best climber, and also has a massive lead. He took the stage win today on Bastille Day, doing his country very proud. Finally, Simon Yates wears the White Jersey to the best young rider, and if he continues to ride well should hold on to that honor heading into Paris.

I’ve stuck to my vow to keep my Tour de France coverage to a minimum this year, but the race is certainly starting to heat up. If your a fan, you’re probably following it as closely as I am, but if not you may want to tune in. Next week promises to be quite the spectacle.