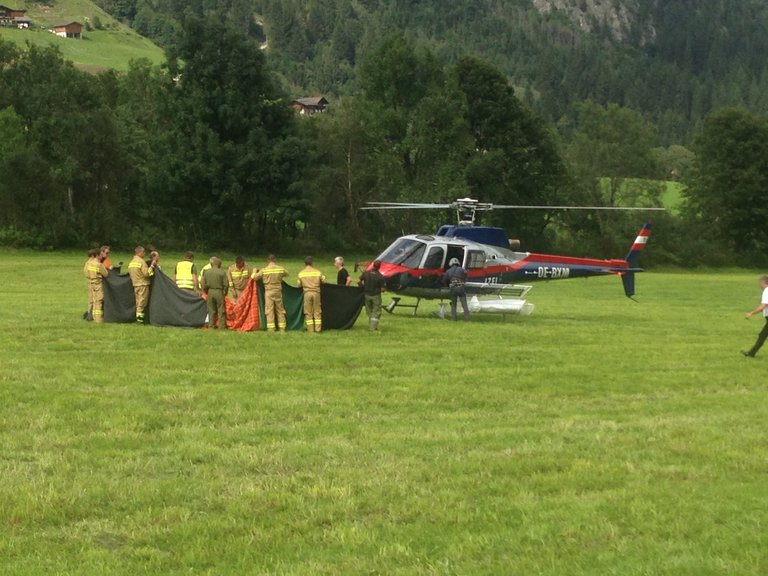 The climbing community got a sharp reminder this weekend that you don’t have to be climbing on the big peaks in the Himalaya and Karakoram to face danger. Eight climbers perished in three separate accidents in the Alps over the past few days, making it one of the deadliest periods in recent memory.

Five of the deaths occurred in one accident, which took place on Mt. Gabler in Austria. A team of six German climbers were apparently making their way up a glacier, when one of the climbers slipped and fell, taking the others with him. The entire group plummeted more than 200 meters (656 ft), with all of them except one dying in the process. The lone survivor was airlifted to a local hospital and is said to be stable condition.

Meanwhile, a team of nine climbers was scaling a peak in the Italian Alps when two of them fell into a crevasse and perished. All of the climbers – who included two teenagers – were injured in the incident, but the remaining seven managed to survive the ordeal, which took place on a glacier in Adamello Brenta Park region of northern Italy.

Finally, another Italian climber was killed in the Valtellina Alpine region near the border with Switzerland when he was struck by falling boulders. He was pronounced dead at the scene.

While each of these accidents are a tragedy, they also serve as a good reminder of the challenges and dangers we face while out in the mountains. It is still a wild, and sometimes dangerous, world out there and one misstep can lead to disaster. That isn’t meant as a message to dissuade anyone from going out and pursuing their passions. Quite the contrary, as that obviously isn’t what we do around here. But, when these kinds of accidents occur, it is always a good time to stop, reflect, takes stock, and remind ourselves of the important things in life.

My condolences go out to all of the friends and families of the climbers who perished this weekend.