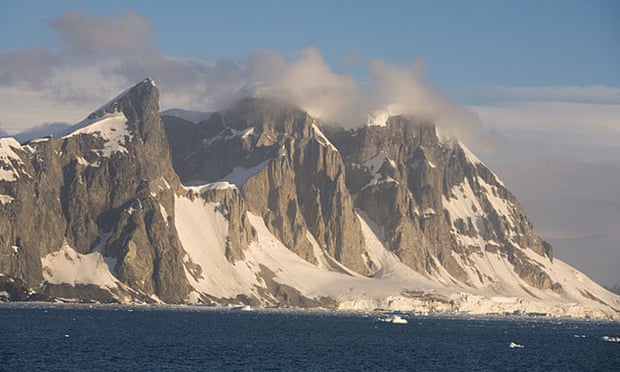 There was more big news out of the Antarctic this week when it was revealed that scientists have discovered the largest concentration of volcanoes on the planet hidden under the ice on the frozen continent. A research team out of Edinburgh University announced that they had found 91 new volcanoes so far, and are now trying to determine just how active they are over fears of further environmental disasters.

The research project found that most of the volcanoes were located close to large ice shelf that covers western Antarctica. The fear is that if these volcanoes are active and could potentially erupt, it would have a devastating effect on the ice, causing much of it to melt in rapid succession. That could lead to a very fast increase in ocean levels around the world, which would rise at a rate that would be far more alarming than that caused by climate change. At the moment, there is no indication that such an eruption is imminent, but the team from Edinburgh University wants to study the volcanoes more closely to determine just how active or dormant they actually are.

The research project began with a simple question. Geologists knew that Antarctica had 47 volcanoes sticking out of its ice, but no one had thought to look for more hidden under the massive ice shelf. Just how many were still left to be discovered? Researchers set about finding the answer to that question by analyzing data collected by other projects that had used ground penetrating radar to look below the surface. They began counting the volcanic cones that were evident in that data and could identify at least 91 more hidden from view.

The confirmation of this discovery makes this section of Antarctica the home to the highest concentration of volcanoes on the planet, surpassing the volcanic ridge in east Africa. The report also indicates that the tallest of these mountains is nearly 4000 meters (13,123 ft) in height as well, putting it on par with the Eiger in Switzerland.

One of the biggest fears now is that the reduction of ice in west Antarctica could reduce pressure on the volcanoes, possibly making them active again. In other words, climate change is causing the region to warm, and as it does, the ice will disappear. This will allow pent up volcanic pressure to potentially explode, making the region a hot bed of seismic activity and further melting the ice. At the moment, that seems like a possibility for the future, but as we’ve seen in recent months, things can and do change quickly in the Antarctic.

Read more about this discovery here.