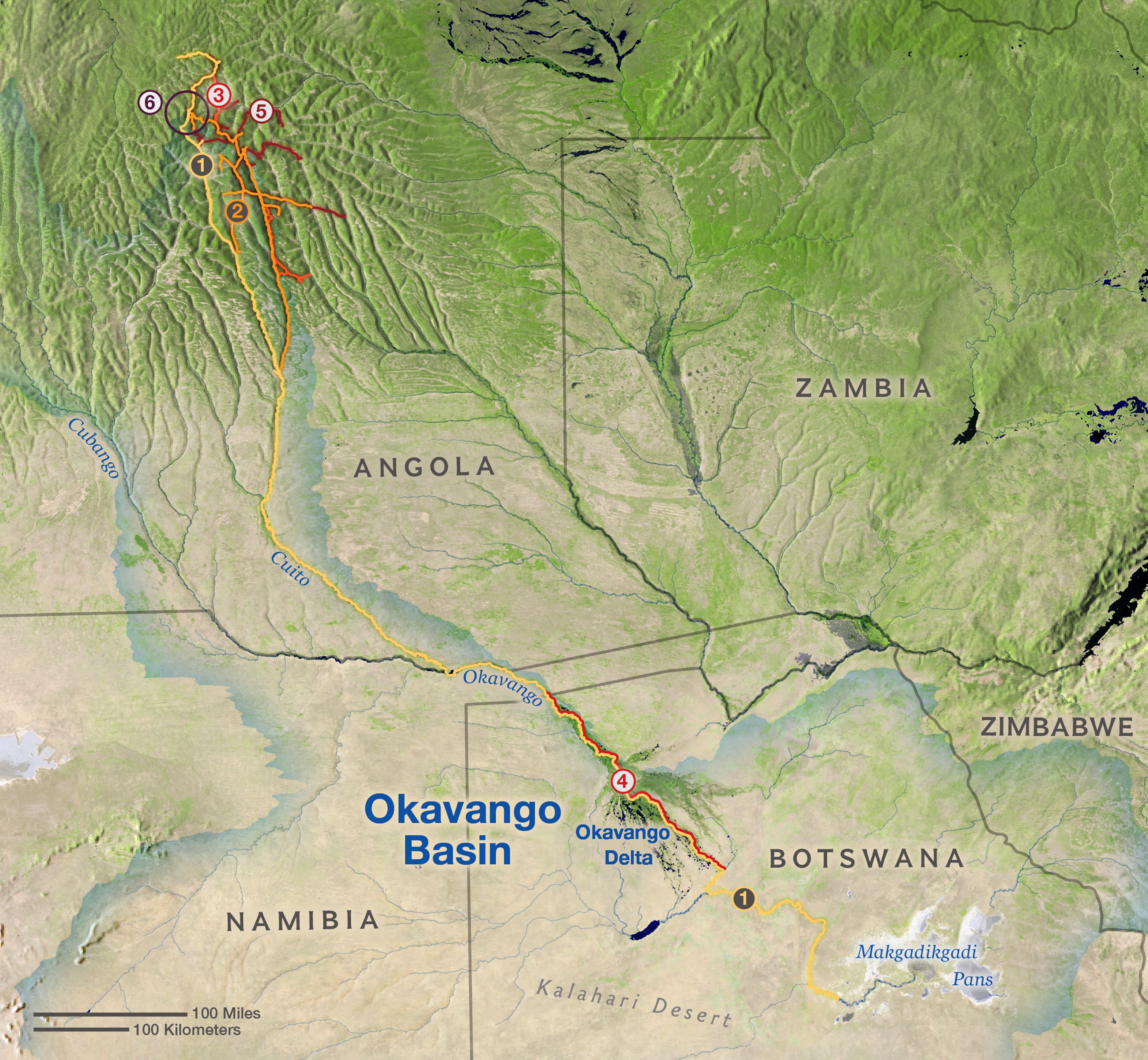 It is easy to believe that in the 21st century all of the blank spots on the map have been filled in. But, even though our planet has been surveyed by satellites, observed by mapping aircraft, and digitized into Google Earth, there are still places where humans haven’t visited just yet. Such was the case in sections of the Angolan highlands of Africa, where a team of explorers has just returned after visiting this section of the world for the very first time.

The team was part of the National Geographic Okavango Wilderness Project, whose goal it was to explore the rivers and streams that are the source of the Okavango Delta, which terminates in the interior of Botswana, creating a massive wetland that attracts hundreds of thousands of wild animals on an annual basis. The waters that feed the Delta begin in Angola, Namibia, and other parts of Botswana, and until recently they have been mostly unexplored.

From April to July of this year however, the team spent weeks traversing this remote and wild section of the African continent. While there, they located and traversed the source lakes for the waters that flow into the Delta and followed the Cubango River westward to see what they could find. The researchers would even dive beneath the waters of those lakes, becoming the first humans to do so, to see what secrets sit below the surface.

What they discovered was as many as 96 species of fish, including possibly four new species. They also found that peat had accumulated along its shores for years, staying mostly untouched. And while the lakes were likely once used by elephants and hippos, it has been a long time since they have visited this region.

Now, the fear is that this area could face outside intrusion and possible commercialization. It remains remote and wild, but with the Angolan civil war over, it could be exploited in some way, potentially endangering the ecosystem and having far reaching consequences for the Okavango Delta hundreds of miles away. The Nat Geo team hopes to prevent that from happening while continuing to reveal the biodiversity that is found in this largely untouched part of the world.

The video below gives us a glimpse into the project but you can read more about it in this article at NationalGeographic.com.