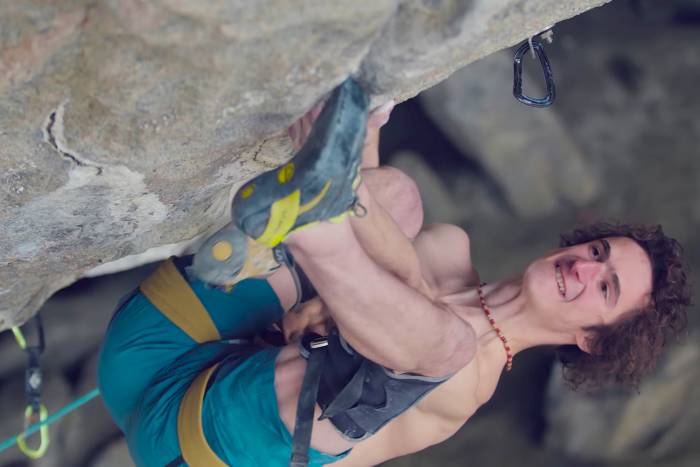 Rock climber Adam Ondra is no stranger to tough climbing routes. The 24-year old Czech is known to tackle difficult problems and we even followed along as he made the second successful climb of the Dawn Wall last year. But now, he has set the bar even higher, completing a route that some are now calling the toughest in the world.

This past weekend, Adam sent a line that he has been working on since 2013. He had dubbed the climb “Project Hard,” and it involved climbing a difficult wall found inside Hanshelleren Cave in Flatanger, Norway. How difficult you ask? After finishing the route, Ondra rated it a 5.15d, which if it holds up to scrutiny would be the first of that ranking found anywhere in the world. At the moment, there are very few that are rated a 5.15c, so this would indeed be ground breaking.

According to climbing.com, the route is 45 meters (147 ft) long and features various sections with incredibly tough cruxes to overcome. Climbing describes it like this:

It follows 20 meters of 5.13+ to a kneebar rest; from there, five meters of jug hauling lead to a 10-move V15 (you read that correctly: V15) crux involving upside-down toe-jamming and radical fingerlocks out a sliver of a crack on a hanging prow. Two more cruxes follow: one V13 and the other V9.

A few months back, Ondra was able to complete a link-up on the route that he called Move Hard, which itself is a 5.15b. That climb combined the original Move route (5.15b/c) he started back in 2013 with some of the higher climbing he did on Project Hard. From there, he lowpointed the line from the first 20 meters on up, which Climbing says is a 5.15c route on its own.

In comparison, the most difficult stretch of the climb on the Dawn Wall is rated a 5.14d, which is a full grade lower than the one that Ondra just completed. No one disputes the difficulty of the Dawn Wall, but that should give climbers an idea of just how massively challenging Project Hard truly was.

The video below was released earlier in the summer and gives us a visual look at Ondra on the route. I’m sure at some point we’ll get updated footage with him finishing up the project.