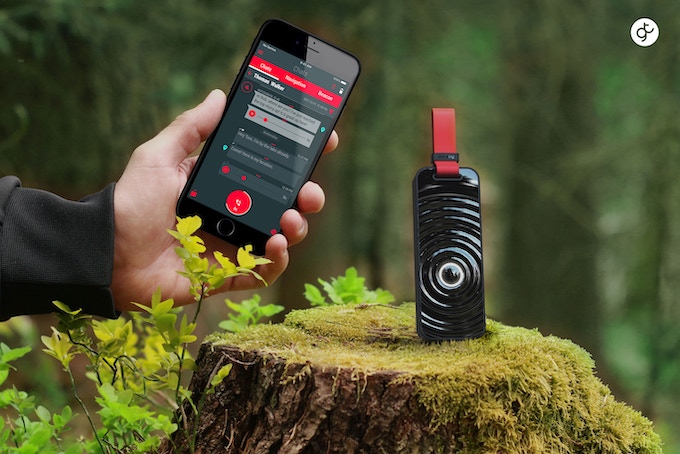 Over the past few years we’ve seen several devices released that provide a method for staying in communication with friends and family while traveling off the grid. Gadgets like the goTenna or Beartooth create their own mobile networks to deliver text – and sometimes voice – communications in the backcountry. Now, you can add another such device, and this one brings some interesting options that help it to stand out.

The Gotoky launched on Kickstarter yesterday and has already smashed through its $24,000 goal. The device promises to be a completely secure off-grid communications device for use in remote areas or disaster zones. The gadget pairs with a smartphone (iPhone and Android) via Bluetooth and can connect with other Gotoky units within the area, creating a more robust network and extending the range almost indefinitely.

Once paired, it allows users to send text message or make voice calls either individually or in groups. The system supports voice messages as well, and offers delivery confirmation of messages. Beyond that however, the Gotoky can also be activated to serve as an emergency locator beacon, it can share GPS locations, and it offers navigation with direction and distance shown on detailed topographic maps, even when offline. Location pining makes it easier for users to find one another as well, as the device supports real-time tracking and recording too.

The Gotoky device can be attached to a backpack or belt to serve as an antenna to communicate with other users within range. That range varies depending on the location, terrain, and interference from other radio devices. But, because the Gotoky uses meshing, it can in theory extend its signal over vast distances thanks to its ability to skip messages off other devices that are nearby. Battery life is said to be about 72 hours, which is exceptional for a gadget like this one.

Since Gotoky has already reached its crowdfunding goal, the device should go into production on schedule early next year with a delivery set for April of 2018. At that time, a pair of the communications units will sell for approximately $240, although early-bird supporters can pre-order them now for as low as $140. Individual units can be had for less, but in reality, the device is only useful if you’re connecting to a network of other Gotoky units.