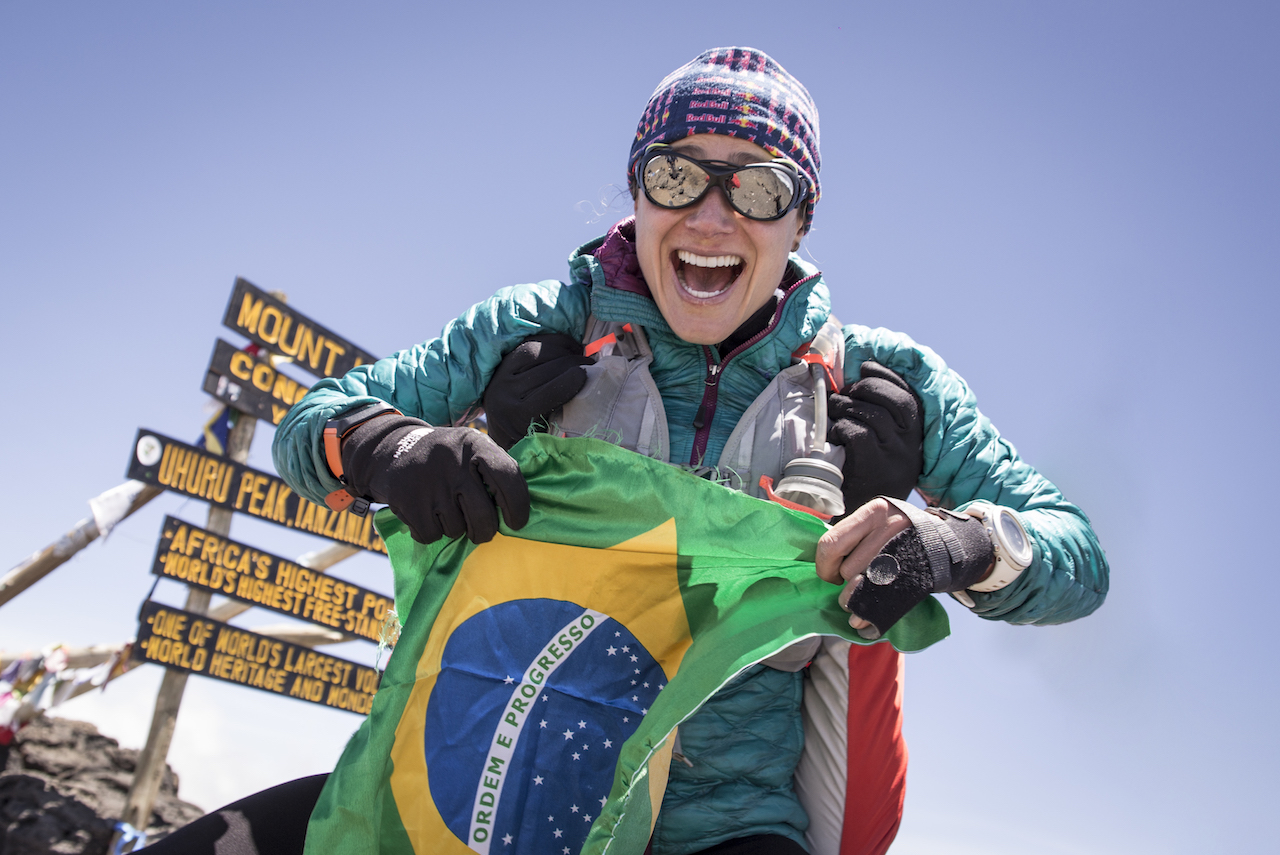 Brazilian ultrarunner Fernanda Maciel has set a new speed record for the fastest ascent by a woman on Kilimanjaro, the tallest mountain in Africa. The speed-climb took place on September 25, and when she was done, Maciel hadn’t just set a new record, she smashed the old one as well.

Arriving in Tanzania a few days prior to the attempt, Maciel spent three days training on the mountain and getting the lay of the land. Kilimanjaro is quite different than most other mountains because trekkers pass through five different climate zones on the way to the summit, starting in cultivated farmlands, then moving into forests, followed by moors, then high desert, before reaching arctic conditions near the summit. Preparing for those different conditions, particularly on a speed climb, is no small feat.

On the day of her attempt on the record, Maciel set out from Umbwe Gate at 1600 meters (5249 ft) at 5 AM local time. She reached the summit at 5895 meters (19,340 ft) around noon, spending 7 hours and 8 minutes on the ascent. She then turned around and ran back down, reaching the Mweka Gate a few hour laster, for a total time of 10 hours and 6 minutes. That beat the old record, held by German runner Anne-Marie Flammersfeld, by 2 hours and 52 minutes.

A run like this one is nothing new for Fernanda. Last year she set the speed record for a woman on Aconcagua in Argentina as well. On that expedition, she completed the round-trip to the summit and back in 22 hours and 52 minutes. She describes that run as the toughest thing she’s ever done. She has also run the famed Camino de Santiago de Compostela in Europe in just 10 days.

As part of her efforts to set a new speed record on Kili, she also raised funds for the Kilimanjaro Orphanage Center along the way. The entire operation was also part of her “White Flow” project, which is a series of challenges that she sets up for herself to push her to her limits.

Congrats to Fernanda on an impressive achievement. This record will likely stand for awhile.