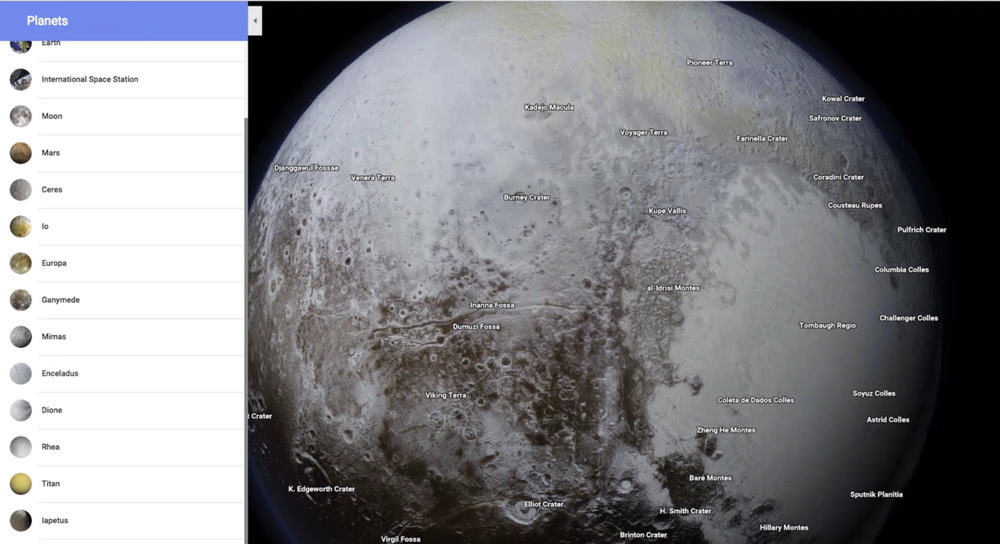 Google Maps has long been a popular way for explorers to view remote corners of the Earth prior to setting out on expeditions. But now, this handy tool has added 12 new places to explore, as Google has announced an expansion that spreads out into the solar system.
Amongst the new locations that are available to explore are Venus, Pluto, and a number of major moons spread out across our little corner of the Milky Way, including Europa, Ganymede, Rhea, and Mimas. Saturn’s sixth largest satellite – Enceladus – is also part of the update, as is Titan, its largest moon.

Titan also happens to be the final resting place of Cassini, the NASA probe that mapped Saturn and it’s moons for years, but burned up in its upper atmosphere last month. Google Maps users can now travel Cassini’s route to that place, and even peer through its thick clouds to examine the methane lakes that dot the planetoid’s surface.

To view these new additions to Maps, simply switch to the “satellite” view and zoom all the way out from planet Earth. From there, you’ll be presented with a menu of the other planets and moons that you can choose form. Click on the one you want to visit, and off you’ll go.

Start your exploration by clicking here.