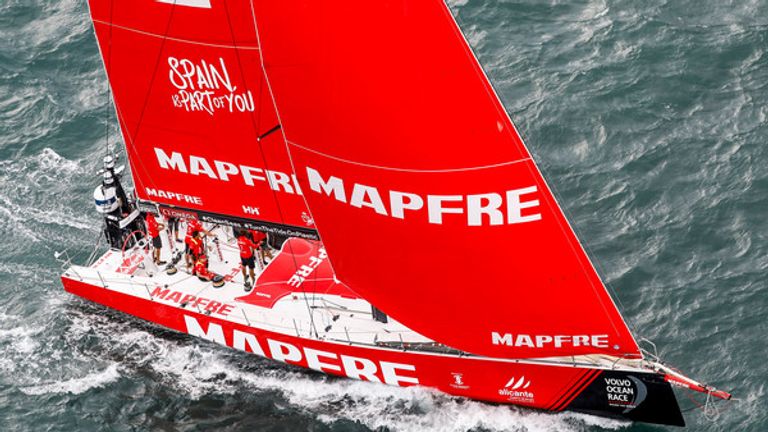 The second stage of the Volvo Ocean Race came to an end this past weekend with the teams arriving in Cape Town, South Africa. It was a wild and challenging run from Lisbon to Cape Town, covering some 7000 natural miles en route. In the end, it was Team Mapfre that arrived first, and now holds a narrow lead over its rivals prior to the start of the third stage on December 10.

Haling from Spain, Team Mapfre now has an elapsed time of 19 days, 1 hour, 10 minutes, and 33 seconds. That’s enough to hold off second place team Dongfeng, which is currently less than three hours off the pace. American crew Vestas 11th Hour now holds down the third spot, an additional hour and a half back.

Those may seem like large time gaps, but for a race that is measured in days and weeks, they aren’t very big at all. Particularly considering that there are still 9 more legs to be run before the race finishes in The Hague next June. Between now and then, there is a lot of racing to be done, including a number of routes that cross through the treacherous Southern Ocean, which will surely test the skill and resolve of the teams involved.

At the moment, all of the ships are currently docked Cape Town, where a number of short, in-port races are taking place. Those competitions, along with a number of other festivities, will continue to take place for the next week and a half, before the third leg gets underway. That route will take the ships round the Cape and will cover 6500 nautical miles, stretching from South Africa to Melbourne, Australia. In the meantime, the crews continue to train and prepare, while the captains talk strategy.

To get a sense of what a stage of the Volvo Ocean Race is like, check out the video below. If you didn’t think sailing could be exciting, this will probably change your mind.