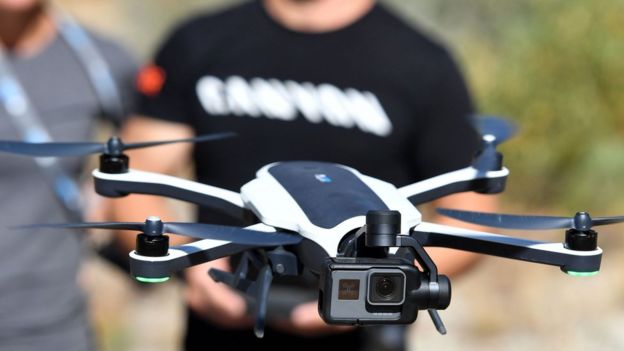 It was a rough day for GoPro yesterday. The company officially announced that it was laying off more than 250 people and is killing its drone business in the wake of plunging revenues and continued losses. Worse yet, according to some reports, the company that created the action camera market may be searching for a buyer to acquire the business completely.

According to preliminary reports, GoPro lost somewhere in the neighborhood of 40 percent of its revenue in the all-important holiday quarter as compared to the same period in 2016. Part of that is due to decreasing demand for its high quality – but pricey – line of Hero cameras, as well as sluggish sales of its Karma drone, which was introduced to much hype back in 2016, but ran into problems when early production models began losing power while in flight, causing them to plummet from the sky.
It has been a very difficult couple of years for the action cam company. Revenues and profits have been a rare thing in recent memory, forcing GoPro to reorganize, simply its product line, and search for new ways to generate income. The Karma was suppose to be an important step in that process, but it entered the market late, was beaten in nearly every way by competing products from DJI, and received lots of negative press for its inflight power failures. That design flaw was ultimately fixed by a piece of tape that held the battery in place more securely, but the damage was done and Karma never really got of the ground, despite very positive reviews.
At one point it looked like the company was getting back on track as it reduced costs and saw growing interest in several of its products again. But, during the run up to Christmas, sales were sluggish at best, prompting this latest move.
It should be noted that GoPro founder and CEO Nick Woodman denies that the company is for sale, but there are plenty of reports that indicate otherwise. For now, the future of this iconic brand remains murky. Hopefully we’ll still have it around in the future.