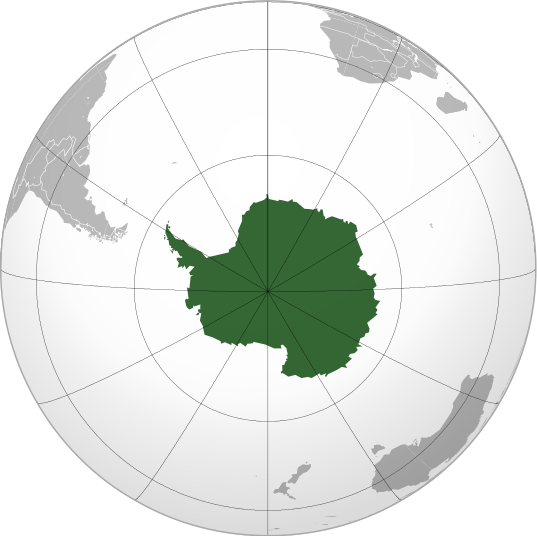 One of the last great challenges in polar exploration is a solo, unassisted crossing of the Antarctic. A number of explorers have tried – including Henry Worsley who perished in the attempt back in 2016 and Ben Saunders, who abandon his bid at the South Pole this season. Now, yet another British explorer is preparing to give it another go, targeting the next Antarctic season later this year for his historic expedition.

Barry “Baz” Gray will start his solo crossing – dubbed Challenge Antarctica – on Berkner Island this November. From there, he’ll cross the Ronne Ice Shelf and skit to the South Pole before continuing to the Ross Ice Shelf via the Shackleton Glacier. He expect the journey to take about 85 days to complete, covering some 1200 miles (1931 km) in the process. If successful, it will be the longest solo and unassisted expedition to the Antarctic ever.
In keeping with the terms “solo” and “unassisted,”Baz will be undertaking the challenge completely alone and will not use kites to help pull him along. Instead, he’ll pull his sled filled with all of his necessary gear and equipment behind him as he goes. He will also forgo any outside support, meaning there won’t be any supply drops along the way.
Gray is a former Royal Marine Commando who has served in North Ireland, Kosovo, Iraq, and Afghanistan. He has training in mountaineering and polar survival. His bio on the Challenge Antarctica website says that he also enjoys traveling through remote regions with a minimal amount of equipment and gear. Of course, he won’t be able to go fast and light in the Antarctic, where all of his gear and supplies will be needed just to survive the grueling journey that he will undertake.
In addition to attempting a solo crossing of the frozen continent, Gray is looking to raise $300,000 to support The Baton and the Royal Marine Charities. Those funds will go to help other British soldiers, particularly those who have served in combat situations and are struggling with PTSD or other challenges.
As of today, Baz says that he has completed about 50% of his training, has acquired 70% of the gear and logistics he’ll need for the journey, and has about 215 days until he departs for Antarctica. That may seem like a lot of time at the moment, but when preparing for such an undertaking it can disappear quickly. Of course, we’ll be following his expedition very closely later this year and keeping tabs of his progress moving forward.
For more information visit ChallengeAntarctica.com.