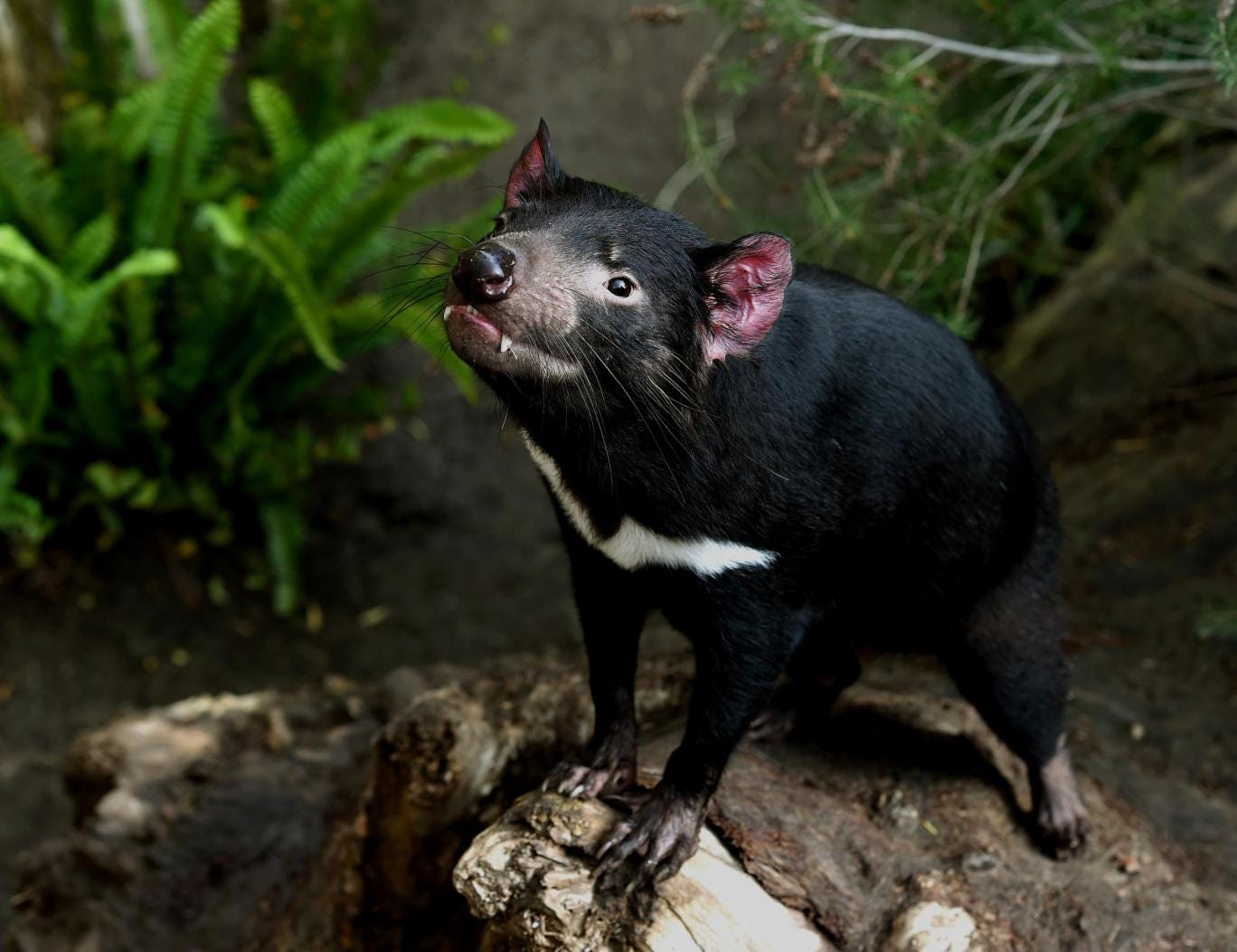 Animal conservationists got good news recently when the Tasmanian government in Australia announced that a healthy population of Tasmanian Devils had been found in a remote corner of the island. Why is this important you ask? Because if you know anything about the Tasmanian Devil, you probably already know that the species has been infected with a contagious cancer that has been ravaging its numbers in recent years.

According to a recent report, a healthy and completely unaffected population of devils has been found  along Tasmania’s rugged southwest coast. Researchers working with the Save the Tasmanian Devil Program (STDP) have indicated that the group is small, but thriving, without any signs of the horrible face cancer that has been impacting the rest of the population across the Australian state.

Dr. Sam Fox, a team leader for the STDP said “The combined trapping mission across Wreck Bay and Nye Bay saw 14 individual devils trapped. All were in good condition and importantly, there were no signs of disease.”

According to some reports, since the facial tumor disease was first identified in the Tasmanian Devil, the population of the animals in the wild has declined by as much as 80%. That makes the discovery of this healthy population an important find if we want to keep these creatures alive in their natural habitat. Researchers studying the newly-found group says that the 14 individual devils that were captured as part of the study ranged in age from 18 months to 5 years, which also bode well for the survival of the species.

Moving forward, the STDP will monitor this new group closely and will watch for signs of the cancer appearing within the population. A vaccine for the disease can be administered, which should help limits its spread.

All in all, this is good news for the Tasmanian Devil and animal conservationists that have been working hard to preserve these creatures.