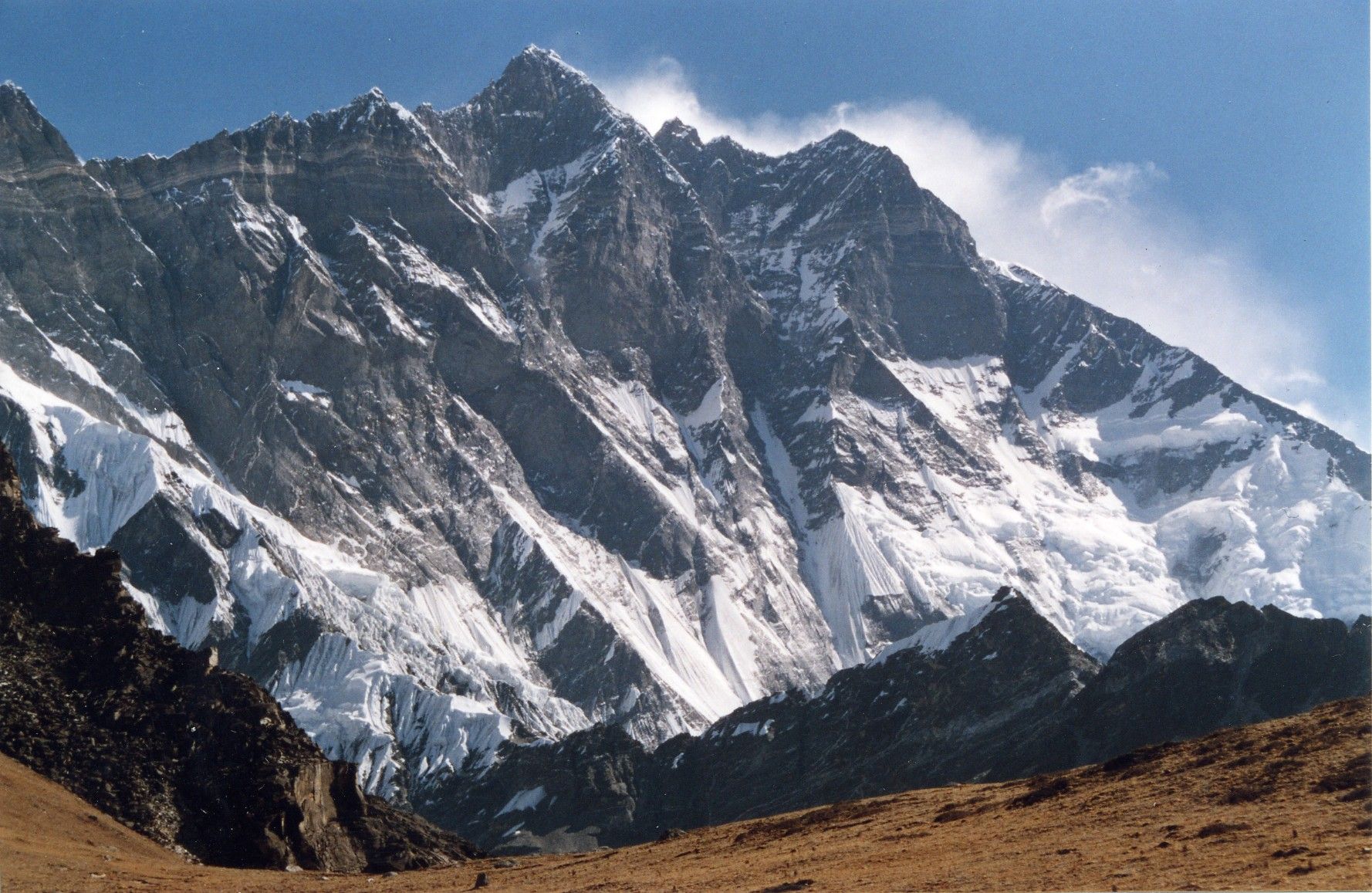 While the teams on the 8000-meter peaks continue to acclimatize, particularly on Everest, there is other news to report across the region, including good news on the first summits of the year and the sad news of a death on Dhaulagiri.

The Himalayan Times is reporting that the first successful summit of an 8000-meter peak this season came on Sunday when a group of alpinists topped out on Lhotse at about 11:30 AM local time. That group consisted of Mingma Gyalje Sherpa, Kili Pemba Sherpa, Tamding Sherpa and female climber Nima Jangmu Sherpa of Imagine Treks and Expeditions, along with clients Liu Yongzhong and Hong Dong Juan, topped out on the 8516 meter (27,940 ft) peak after a rope fixing team finished installing lines to the summit a short time earlier. All of the climbers safely reached the top and descended back to Camp 4. They are proceeding down to Base Camp today.

According to Nepali records, 88 climbers are attempting Lhotse this season and with the ropes now in place, the way is clear for those men and women to begin their descent. It seems likely we’ll start to see more summits in the next few days, provided the weather cooperates.

As many of you know, Lhotse and Everest share the same route all the way up to Camp 3, at which point they diverge towards their individual summits. With the ropes in place on Lhotse, much of the route has now been fixed on Everest too. In fact, as of this weekend, the Sherpas in charge of installing the lines had reached 7800 meters (25,590 ft). We should see the final 1000 meters installed by later this week, once again provided the weather continues to cooperate.

Meanwhile, there is sad news from Dhaulagiri to report as well. According to The Himalayan Times Italian mountaineer Simone La Terra has passed away on that mountain after going missing on Sunday morning. The 37-year old climber was found near Camp 3 on the mountain and his body was transported to Tribhuvan University Teaching Hospital in Kathmandu for examination.

La Terra was no stranger to climbing in the Himalaya. According to The Times he had five successful summits of 8000-meter peaks under his belt and had organized a dozen expeditions to Nepal, Tibet, and Pakistan. It is unclear what happened to him, but expedition leaders say that they were alerted that something was wrong when the Italian climber’s tent was blown away in high winds yesterday and he was no where to be found. They organized a search and rescue operation, including using helicopter so sweep the mountain from above, discovering his body later on. This is the first reported death of the Himalayan climbing season this year.

Across the rest of the region the climbers are still working on their acclimatization and preparing for eventual summit bids. Typically that comes around the middle of May, so we have roughly two weeks to go before things really start to heat up. Until then, we’ll continue to keep an eye on things and report any significant news. Stay tuned for more soon.